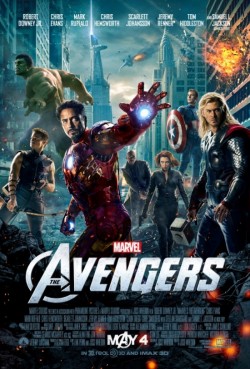 At this point, no one doubts that that the years Disney invested in The Avengers has paid off exceedingly well.  Only a handful of films have ever passed 1 billion dollar mark worldwide, and in a few short weeks, The Avengers managed to join their ranks.

It has also broken a number of other records, including the highest opening weekend to date. The results almost guarantee another Avengers film, which I’d welcome along with many other fans.

Given the impressive sales and the large numbers The Avengers continues to draw several weeks after its release, it’s clear that the team behind The Avengers did a number of things right.

Of these, the element that stood out to me most was the characterization, an essential element of any good story.

Disney plotted for years to connect the audiences with their characters by giving most of the superheroes their own film(s) first. Because of that, I could already relate to the heroes. I had an interest in their fate, which I think many people shared, and that alone provided a natural audience hook. Without this build up, such a strong and varied cast could overwhelm the viewer and cause disconnection from the film.

Throughout the film, the characters acted true to their vastly different personalities, which Disney previously established. This provided conflict that pushed the story along, even through the phase of rounding up the superheroes.

The characters made the film not only about explosions and chases, but also about individual struggles and failures, about mercy and sacrifice, and good versus evil. Superhero films aren’t usually known for depth, and this one had its share of snappy action scenes and special effects, but it went a bit deeper because of the characters and their choices.

Do you agree? Disagree? And did you have a favorite character?