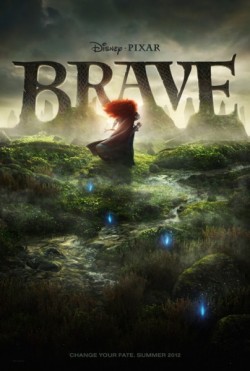 Over the last few years, a record number of filmmakers have turned toward fairy tales for inspiration, and in 2012 alone, an intriguing assortment of fairy tale films will release, not to mention the continued airing of fairy tale television shows Once Upon a Time and Grimm. Given the choice between a book and a film or television show, I’ll almost always choose the book, yet I’m enthusiastic about this trend, since it has the potential to take fairy tales further into popular culture and offer a different view of well-know stories.

Once Upon a Time has already given a fresh perspective on the legend of Snow White, but two full length film versions of the story will release in 2012. Snow White and the Huntsman will offer a more serious take on the tale, in which the huntsman assigned to kill Snow White becomes her protector and equips her to take down the Evil Queen, while Mirror, Mirror offers a comedic adventure story starring Julia Roberts as an evil enchantress who schemes to take the throne of Snow White.

Sleeping Beauty will also get multiple takes with Maleficent, which tells the tale from the perspective of the evil witch, and Sleeping Beauty, which will focus on the princess’s endeavors to escape the dream world which has entrapped her.

In the realm of television, ABC will start airing a television series based on Beauty and the Beast, imagining the classic fairy tale afresh in a fantasy setting. Beauty and the Beast will also get a film retelling at the hands of Guillermo del Toro. Neither project has many details available so far, but I’m sure we’ll hear more as release dates approach.

Amid all the retellings of popular fairy tales, less explored stores like Jack and the Beanstalk and Hansel and Gretel will also appear on the big screen, with Jack the Giant Killer, which casts Jack as an intrepid young farmer who ventures into the kingdom of the giants in search of a kidnapped princess, and Hansel and Gretel: Witch Killers.

And Pixar has invented its own fairy tale story, Brave, which will come out mid-year. Set in the highlands of Scotland, it incorporates many fairy tale elements–a princess, a kingdom in danger, and a curse–but based on the trailer, it appears to mix up those elements in an interesting fashion.

Some of these seem like they may be too dark for me and there’s no way to tell (yet) about the type of content they’ll include, but I’m hoping at least some of them will be appropriate to watch, because I enjoy fresh takes on the old legends.

Tags:
Beauty and the Beast / Hansel and Gretel / Jack and the Beanstalk / Sleeping Beauty / Snow White