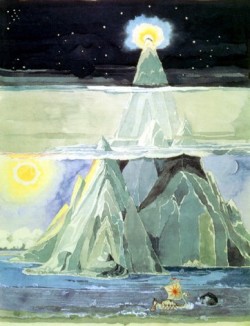 Would you be interested in listening to a PhD in medieval literature lecture on Tolkien? Most of us don’t have time (or perhaps finances) to take college classes at will, but The Tolkien Professor website makes it possible to listen to courses taught by professor Corey Olsen.

His goal of bridging the gap between the scholars cloistered in the halls of academia and the general public prompted him to make his work available to readers and Tolkien enthusiasts everywhere, which he has done by recording his lectures and making them available online for free.

Some of his classes include Faeries and Fantasy, which explores the “literature of Faerie,” an undergrad Tolkien course, which covers many of Tolkien’s major works, and The Hobbit, which delves into various aspects of the book. Olsen also has made available dialogues between himself and other Tolkien students and scholars.

In addition, his website contains informal podcasts on such topics as On Wingless Balrogs and Tom Bombadil or Comfort Food: Cookery in the Hobbit and Lord of the Rings. The comfort food podcast intrigues me because I did a series a while back on the role of food in fantasy, and I’m interested in hearing a different perspective on the topic.

As I’ve just discovered the site myself, I haven’t had time to listen to the resources Olsen has made available, but I’m downloading several of them for future reference, and I thought some of you might be interested in doing so also.

And I’m curious–have you listened to Olsen’s lectures or podcasts? If so, are there any you would particularly recommend? If not, are you interested in doing so?