The Search for Meaning 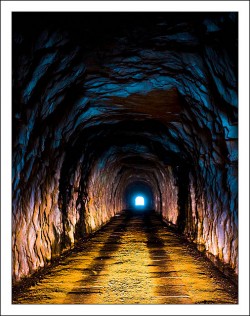 A number of people have addressed perceived issues in the Christian fantasy genre over the years, many of them raising valid problems. A few days ago, I stumbled across a new concern raised by fellow fantasy writer Lindsey Franklin.

While reviewing Swords of the Six, a novel by Scott Appleton, Lindsey stated that “the inherent problem with Christian fantasy is that the reader never knows where to look for deeper spiritual meaning. Is this character a depiction of Christ? Is that character meant to represent the fall of humanity? Is that guy God? The reader is left either missing messages the author meant to convey or, more often, searching for messages that aren’t really there.”

Whenever you have interpretation and exploration of concepts in the form of story, there’s room for misinterpretation, which means this potential for misperception isn’t limited to the genre of Christian fantasy, just as the sense of message and deeper meaning isn’t unique to Christian fantasy. Every author holds a worldview and their worldview, whatever it may be, will bleed into their stories, influencing theme and meaning. Many writers from various religious perspectives have no hesitation in proclaiming the moral underpinnings of their works, and thoughtful readers will attempt to explore and consider the meanings conveyed.

So misinterpretation of meaning can occur with readers of all sorts of fiction. But do readers of Christian fantasy in particular struggle with the search for spiritual meaning in the novels they read? Perhaps some do. Trouble can certainly arise if readers expect direct allegory in every story, even those that rely on symbolism or supposal to convey meaning. However, in my experience, confusion over spiritual meaning isn’t an inherent problem faced by readers of Christian fantasy. I’ve engaged in thoughtful dialogue with numerous readers of the genre–in person and in a number of online venues–and their well-reasoned perspectives strongly suggests otherwise.

However, just because I haven’t encountered many people in a dither of confusion over spiritual meaning and where to find it in Christian fantasy, it doesn’t mean they don’t exist. I’m curious regarding what others have experienced. Is this a problem you’ve come across? And how do you respond?