The Predominance of YA Speculative Fiction 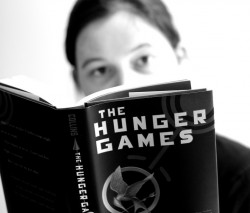 In a recent post on Novel Rocket, Mike Duran asked “why is Christian speculative fiction mostly YA?” He then proposed two possible answers. One, that YA speculative fiction fits better in the family friendly model of the Christian market since it can naturally omit common taboos. And two, that parents want to give their children/teens a Christian alternative to some of the popular YA fantasy in the general market.

Certainly, these two factors could play a role. Particularly pertinent I think is that parents want to find wholesome entertainment for their teens, and sometimes they view the Christian market as the best means to accomplish that.

Yet I can’t help but wonder how much of this trend is actually publisher driven–a mimicry of the trends taking place in the general market. Most of the breakout speculative novels in the general market right now are YA–the Hunger Games, Twilight, and from earlier years, Harry Potter. Other YA speculative novels, such as Veronica Roth’s debut Divergent have made instant leaps to the NYT bestseller list.

In general, I don’t hear the same level of buzz about adult speculative novels that I do about the YA titles. Might it be that Christian publishers are looking to connect with this group of avid readers and gain their share of the YA speculative market?

Beyond that, certain misconceptions about speculative fiction hinder some Christian adults from reading it, as one commenter illustrated:

“I’ll venture a guess. I think perhaps it’s because kids love fantasy. The world of a teen is fraught with angst, pimples, unrequited love, homework, a failing grade in math, raging hormones – who wouldn’t want an escape?

Adults have to live in reality. Ugh. I won’t even go into our reality. Sometimes we want an escape, but ours is more for hope in our situation … for the divorced or widowed, hope of love again. Well, you get the idea.”

There’s a common misperception that speculative fiction fails to deal with reality, that it’s somehow escapist in the negative sense, and it’s something that must be outgrown and left behind with childhood. This saddens me, because though I read in almost every genre, I frequently come away with more pertinent truths for real, everyday life from speculative fiction than I do from “realistic” fiction. Sometimes we need to step back and get a shift in perspective to see reality more clearly.

At any rate, if you combine this view of the speculative with a general wariness regarding the supernatural among many believers, it limits the growth of adult speculative fiction in the Christian market.

Though I enjoy YA fiction, I’m with Mike in wanting to see more adult speculative fiction (actually, more speculative fiction of every kind) in the Christian market. I do see some growth, but so far much of it is taking place with the smaller independent publishers, rather than the larger Christian houses. In time, I hope it will become more widespread.

Superheros On the Rise