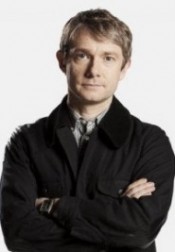 quent topic here, as I’m not one to watch many movies (give me a good book instead!). But when it comes to The Hobbit, a groundbreaking work of fantasy literature, I have some interest in seeing what they’ll do with the film adaptation. And I stumbled across an announcement of some of the actors for the coming films, which finally received the green light this month.

By the way, you did read films correctly–they plan to split The Hobbit into two movies, one to release in 2012 and one in 2013. So far, Martin Freeman (on left) will play 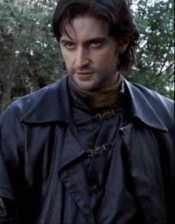 Bilbo Baggins and Richard Armitage (on right) will play Thorin Oakenshield, while Ian McKellan and Andy Serkis will most likely return to play Gandalf and Gollum, respectively. From their pictures, I can see Freeman playing Bilbo, but Armitage as Thorin is quite a stretch. It will be interesting to see what sort of transformation they’ll undergo.

Despite the many issues I had with the adaptations of Lord of the Rings, I’ll likely go see The Hobbit. What about you? Are you interested in watching The Hobbit, or does the idea leave you cold? Do you enjoy movie adaptations, or do you grit your teeth and groan at the horror of it?