The Enduring Legacy of C.S. Lewis: A Life of Integrity 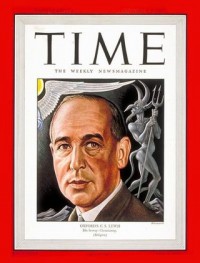 Two years ago, the C.S. Lewis foundation began the process of creating a college under his name, one that would reflect his pursuit of Christianity within the academic realm. They want to hold a high intellectual standard, while encouraging discussion of faith and highlighting Christian principles.

Such an endeavor will take time to establish, but it speaks highly of C.S. Lewis that he set a standard for many generations to follow. So what does it take to make that kind of impact? Certainly he had a brilliant mind, a strong education, and the influence of being an Oxford professor whose books, radio presentations, and lectures reached many thousands.

The list of his abilities and achievements could go on much longer, yet at the core of all his accomplishments was character and a life of faith. He viewed integrity as “doing the right thing, even when no one is watching,” and he appeared to live by that standard. He wasn’t afraid to wrestle with difficult questions of faith, yet his commitment to God preserved him even through the most difficult of circumstances.

Moreover, he possessed a character trait not always found in those of great influence, a strong humility that endured despite his achievements. I believe that this humility allowed God to increase his impact on those around him. He’s an excellent example of a storyteller–and more specifically, a fantasy writer–whose skills flourished due a life surrendered to God.

A humble heart leads to growth in all areas, including story craft. It causes more effective writing, because it sparks a genuine care for readers and a willingness to learn and improve no matter our level of experience. It leads to greater creativity, because we’re not limited to our own endeavors or perspectives. And in fantasy, that choice to look past ourselves gives readers a look “beyond,” a glimpse at something more than this world has to offer.

When we put God first in our lives, we will reflect Him in our work, whether in our writing or other endeavors. Perhaps we won’t have the degree of outward influence that Lewis did, but in the eyes of God we will succeed…and He will make of us what He desires.