Technology of the Ancients 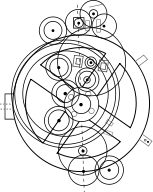 Imagine technology in the world of the ancients, advanced devices blended with primeval or medieval fantasy worlds. Based on the history of our own world, such creations might not be as far-fetched as they seem.

One of many real-world marvels suggestive of ancient technology–the Antikythera mechanism–has proven that ancient Greece possessed mechanical technology that didn’t appear again until almost a thousand years later. In 1902, divers discovered this unusual device in an ancient Roman shipwreck. Corrosion obscured its significance at first, but as more advanced imaging technologies became available in the following decades, scientists began to probe deeper, and found an unusual piece of equipment considered to be the world’s first analogue computer, crafted 2000 years ago. Cogs, gears, and plates operated under a complex mathematical model to track and plot astronomical cycles, eclipses, and the Olympic game calendar with surprising accuracy. It’s a mystery that has taken our most advanced technology to decipher, and new facets are still being discovered along with additional functions the device might perform.

In recent years, Michael Wright reconstructed the Antikythera Mechanism. This short clip shows his reconstruction and explains some of the functions and history of the device:

When it comes to writers that have depicted ancient worlds with advanced technological features (as opposed to steampunk stories, which use a more recent reference point), the only one to come to mind is Douglas Hirt in the Cradleland Chronicles (more biblical than speculative fiction), which recounts the life of Noah. He presents a compelling picture of a world that might have been significantly more advanced in technology than often imagined. I’m sure there are others, and I’d love to hear of them, if you have any suggestions.

Beauty for the Beast

Why is the Sky Blue?