Superheros On the Rise 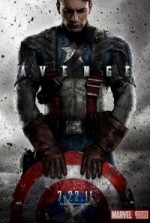 You can’t go to the theater these days without stumbling upon a superhero. Captain America, Thor, the Green Lantern, and numerous other heroes have adorned the screen within the last year, and many of these will make a return appearance in the upcoming Avengers.

Most of these films made it onto the top-grossing lists this year (further evidence of the interest of our culture in all things speculative), and they’ve lent a surge in popularity to the superhero genre. So what intrigues people about stories featuring superheroes?

I’m sure there are more reasons for the popular appeal, but I think these are some of the big ones. Of course, there are good and bad films/books in this genre as in any other, but superheroes easily spring from the pages of comic books to reach a wider audience on screen because they connect with desires most people experience.

Have you seen any of the recently released films? What about them appealed (or didn’t appeal) to you? Is there a superhero book/film that you would particularly recommend?

The Predominance of YA Speculative Fiction