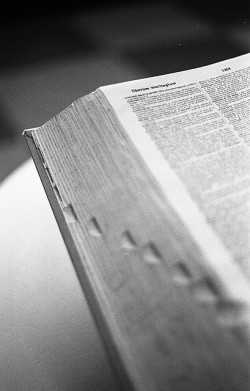 Fantasy deals with worlds other than our own, yet it has strong application to the realities of life. Allegory, supposal, applicability, or the range in between allow for the drawing of parallels between fantasy situations and that which we encounter in life–but interpretations widely differ.

Readers often take ownership of a story and use their perceptions to draw definitive conclusions about its meaning.

To an extent, books belong to the reader. A story, once released, takes on a legitimate meaning to each individual that others may not observe.

When we come to read, we bring with us our own imaginations and experiences, and they naturally shape our perceptions. It’s when we try to interpret an author’s motives or beliefs from the meaning we perceive that problems can arise.

In Tolkien’s day, some considered Lord of the Rings a political allegory dealing with the World Wars, a notion he went to great lengths to combat. Was it right for readers to claim it was a political allegory, regardless of what Tolkien stated? Could they rightly claim they offered a definitive interpretation of the tale?

Others have used their views of stories to accuse writers of holding problematic beliefs. For example, some have raged against the supposed anti-semitism of CS Lewis. They claim he displayed this in his novels, when in fact, his letters condemn persecution of the Jews, and his wife had a Jewish background.

So while we will determine our own story meaning, it may not be the meaning or core essence of the story that the author intended. This applies particularly to the fantasy genre, since it allows so much room for interpretation. Given that, we have to be careful not to make too many assumptions about the beliefs of the writer…and also not to assume meaning that goes against the writer’s stated intent.

I’d like to hear your thoughts on the subject.