Of Villains and Antiheroes 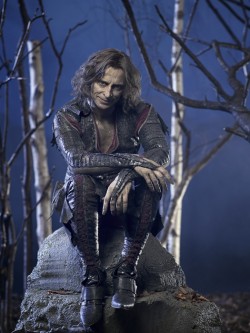 While antiheroes and villains share some commonalities, they’re distinctly different types of characters, and they evoke different emotional responses in readers.

An antihero often serves as the protagonist of a story, but one that fails to display the virtuous traits of a traditional hero. He has the potential for redemption, and we may see hints of underlying goodness, but his actions and the exterior he presents to the world don’t display typical heroism.

On the outside, the antihero has few appealing traits, but he’s often compelling despite this fact. From my perspective, this draw comes from the possibility of transformation. In general, people identify with flawed characters, and antiheroes are more flawed than most…yet we’re moved to care as we hope for change.

Some antiheroes may be so repulsive that we disengage, but we often have a degree of sympathy because we see how past sufferings have darkened their natures, how they’re trapped in their own pain and the hardness of heart that builds up over time. Yet a skilled writer can reveal some underlying desire for change, and a readers we want to see these antiheroes transformed.

Moreover, antiheroes are interesting because they’re unpredictable. Sometimes they may act for good and other times merely in their own interests, regardless of the hurt their actions cause. Because we never know what to expect, our curiosity helps engage us with the character.

In Arrow and Swift by RJ Anderson, a male fairy takes on the antihero role (potential spoilers ahead). Although he’s not the protagonist, he plays a significant part in both novels. When we first encounter him, it’s difficult to tell whether he’s good or evil and several apparent reversals take place through the course of the story, firmly hooking the reader with curiosity.

As Arrow continues, we find that he’s only looking out for himself. This causes him to take actions that endanger and even harm those around him. Yet in the midst of it all, the author shows his motivations and gives hope that he may change. In Swift, he begins to demonstrate heroic qualities–endangering himself for the sake of others and so forth. The change isn’t instant or dramatic, just a gradual transformation which gives a very satisfying story arc.

On a different note, in the television series Once Upon a Time, Rumplestiltskin falls into some category between villain and antihero. When he first appears on screen, he seems villainous, but we gain more sympathy for him as time goes on. He’s a significant part of every happening within the fairy tale world and the real world, and we watch as he falls into darkness, the reason behind his choice quest for power (to protect his son), and the way these dark powers become ever more consuming. Yet we also see that he’s still capable of love, which gives hope for redemption.

Both these examples illustrate that antiheroes have a different sort of potential for growth than traditional heroes, and I find both intriguing. And when transformation of an antihero does occur, there’s something intrinsically satisfying about it, in large part because it echoes the redemption God offers us.

Do you like or dislike antiheroes in the books you read? And why do you find them compelling or distasteful? Do you use them in your own novels (if you write)?

By the way, you don’t have to answer all the questions–you’re welcome to share any thoughts you have on the topic.

Part Two: What happens when an antihero refuses to change, when he comes to the point of no return and decides to keep going? There we begin to travel into the territory of villains, which I’ll explore more on Friday.

Of Villains and Antiheroes, Part Two