Of Villains and Antiheroes, Part Two 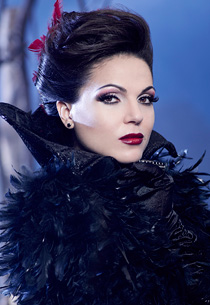 While antiheroes have strong potential for redemption and often arouse reader sympathy, true villains have seared consciences and don’t engage our compassion in the same way. They damage people and even worlds in a premeditated manner and plan to continue in their path of destruction.

Often the fulfillment of their desires will cause others to suffer–and they either want bring about this suffering or they simply don’t care about the fate of those around them.

Our lack of sympathy also springs from the fact that the villain usually takes the antagonist role (although not all antagonists are villains). Since he’s working to oppose and harm our protagonist, we’re predisposed to desire his failure, just as we want the protagonist to succeed.

Although it can be a fine line between villain and antihero, their placement in the story and their inner workings reveal their leaning. As the story progresses, we know if we’re dealing with a villain or antihero as they make their final choices, and their paths are set.

Despite the evil of their deeds, it’s possible to relate to villains as we see what turned them toward wrongdoing. Yet even if we understand their motivations, we see their full commitment to depravity and can’t feel strong commiseration.

They reject every opportunity for change, and they’re apparently satisfied with their condition, whereas antiheroes often desire good (whether or not they will admit it). Most often, the villain feels justified in their malicious behavior and convinced their wrongdoing is right.

This occurs in Once Upon a Time, where the Evil Queen feels that she deserves to enact her revenge on those around her. When she first appears, we witness her power and her determination to destroy others. As the series progresses (not in chronological order), we find that she suffered a serious loss. For a moment, we feel sympathy, but any hope of redemption quickly vanishes. In that moment, the storytellers could have chosen to turn her character toward that of an antihero, but instead they cemented her position as a villain.

The Evil Queen has many opportunities to turn around, but she hardens her heart to pursue her course of corruption. Over and over, she makes choices that allow evil to consume her until nothing remains of the once innocent girl.

Her happy ending–the one she dreams of for years–is  the destruction the happiness of everyone else. Although her motivation is clear, we can’t feel lasting sympathy since her evil grows unchecked until she’s willing to murder the one person she still loves (her father) in order to gain the power to achieve her dream.

With the Evil Queen we’re given understanding of what led to her moral downfall, yet other villains appear unbroken in their evil and we’re not shown why they chose this course. It’s almost implied that it’s part of their natures. They display unbroken cruelty and a lust for dark power, as with Sauron in Lord of the Rings. His course was set long ago, and we’re not shown the reasons for it (aside from bits of backstory in The Silmarillion).  We rejoice in his downfall, because we know Middle-Earth would remain in danger as long as he lived.

When antiheroes turn around, we feel satisfaction, but with true villains we experience relief when they’re conquered and the threat of their presence removed. In this outcome there’s also echo of truth, because we know that a time will come when the ultimate enemy of our world will see lasting defeat.

In your opinion, what makes a a well-drawn, realistic villain? Has any fictional villain made a lasting impression on you? And does a villain ever “steal” your sympathy despite the impossibility of his transformation?

Of Villains and Antiheroes