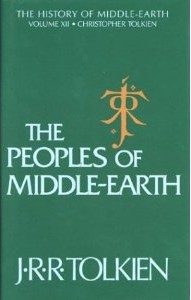 At one point, JRR Tolkien started a sequel to Lord of the Rings (which is available in The Peoples of Middle-Earth, if you’re interested in reading it). The story, entitled A New Shadow, was set about 100 years following the fall of Sauron, after Aragorn had died and his son had become king of Gondor. However, Tolkien abandoned this attempt after writing a handful of pages, because in his own words:

“…it proved both sinister and depressing. Since we are dealing with Men it is inevitable that we should be concerned with the most regrettable feature of their nature: their quick satiety with good. So that the people of Gondor in times of peace, justice and prosperity, would become discontented and restless—while the dynasts descended from Aragorn would become just kings and governors—like Denethor or worse. I found that even so early there was an outcrop of revolutionary plots, about a centre of secret Satanistic religion; while Gondorian boys were playing at being Orcs and going around doing damage. I could have written a ‘thriller’ about the plot and its discovery and overthrow—but it would have been just that. Not worth doing.”

In this passage taken from one of his letters, there’s a great deal of interesting theory on the nature of man, the workings of good and evil, and what makes a story worth telling, but I want to highlight his recognition that just because a sequel can be told doesn’t mean it should.  I love Tolkien’s books and have always wished he wrote more, but I’m glad that when he realized a sequel to Lord of the Rings would have detracted from the power of the mythic saga he built, he stopped writing it.

Often readers can more easily discern when it’s worth continuing with a story than writers of the work in question. And since fantasy frequently consists of (rather lengthy) series, there can be difficulty in telling when a story has run its course. Yes, readers want to become immersed in fascinating new worlds and spend plenty of time in the places they love. Yet stories can be robbed of their impact when a series runs too long or seems to endlessly spin off sequels or prequels. So it’s worth taking a step back, as Tolkien did, to objectively evaluate when a story should continue…or end.

Have you read series that seemed to drag on too long? Or seen a story-world explored so much that it lost its enchantment? If you write, how do you find the proper balance?