Novel Openings: Are You Hooked?

How long does it take for a novel to grab your interest or turn you off? It might be a few pages, or even a few paragraphs, but somewhere in those opening lines you usually get a sense if a book will sustain your interest–or not. In writing circles, editors and agents talk about the first few sentences giving an indication of the quality of the entire book–either it hooks them at that point, or they move on.

Yet there’s no formula for what makes a compelling hook. Some novels open with setting, others with character, still others with pithy phrases or hints at a forthcoming mystery. Each can work in its own way, but there’s something to be gleaned from studying the openings of books that have made it to print. I’ve shared the openings of a few fantasy novels from my shelf, each one distinct. I’d love to hear your thoughts on these samples. Do any capture your interest? Would you keep reading if you picked up one of these books from a store shelf? Why (or why not)? 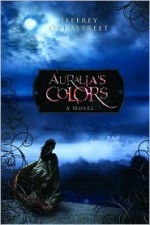 still as death, like a discarded doll, in a burgundy tangle of rushes and spineweed on the back of a bend in the River Throanscall, when she was discovered by an old man who did not know her name.

She bore no scars, no broken bones, just the stain of inkblack soil. Contentedly, she cooed, whispered, and babbled, learning the river’s language, and focused her gaze on the stormy dance of the evening sky—roiling purple clouds edged with blood red. The old man surmised she was waiting and listening for whoever, or whatever, had forsaken her there.

Those fevered moments of his discovery burnt into the old man’s memory. In the years that followed, he would hold and turn them in his mind the way an explorer ponders relics he has found in the midst of ruin. But the mystery remained stubbornly opaque.” 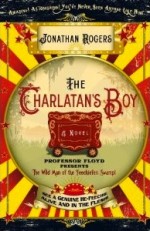 “I don’t remember one thing about the day I was born. It hasn’t been for lack of trying either. I’ve set for hours trying to go back as far as I could, but the earliest thing I remember is riding in the back of Floyd’s wagon and looking at myself in a looking glass.

I’ve run across folks claim they know everything about their birthday–where it happened, who they was with, what day it was. But if you really press them on it, turns out they don’t remember no more about it than I do. They only know what somebody told them.

I don’t care who you are–when it comes to knowing where you come from, you got to task somebody else’s word for it. That’s where things has always got ticklish for me. I only know one man who might be able to tell me where I come from, and that man is a liar and a fraud.” 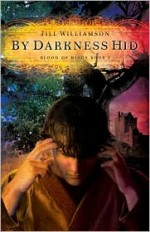 “Achan stumbled through the darkness toward the barn. The morning cold sent shivers through his threadbare orange tunic. He clutched a wooden milking pail at his side and held a flickering torch in front to light his way.

He wove between dark cottages in the outer bailey of the castle, mindful to keep his torch clear of the thatched roofs. Most of the residents of Sitna still slept. Only a few of the twenty-some peasants, slaves, and strays serving Lord Nathak and Prince Gidon stirred at this hour.

Sitna Manor sat on the North side of the Sideros River. A brownstone curtain wall, four levels high, enclosed the stronghold. A second wall sectioned off the outer bailey from the inner bailey, temple, and keep. Achan wasn’t allowed to enter the inner bailey but occasionally snuck inside when he felt compelled to leave an offering at Cetheria’s temple.” 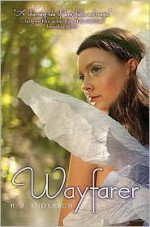 “The Queen is dying.

The knowledge sat in Linden’s belly like a cold stone as she hunched over the tub of greasy water, scrubbing her thirty-ninth plate. She’d promised Mallow, the Chief Cook, that she’d wash all the Oakenfolk’s dishes in exchange for a second piece of honey cake at dinner, and at the time it seemed a reasonable bargain. But now that she knew what was happening at the top of the Spiral Stair—that the faery Queen was lying pale and weak upon her bed and might never rise from it again—she wanted to heave up all the cake she’d eaten and throw the last few dishes straight back in the Chief Cook’s face.

How could Mallow look smug, after bringing them such terrible news? The moment she’d spoken those words the whole kitchen had gone silent, Gatherers and cooks and scullions all staring in horrified disbelief.”

I look forward to hearing your thoughts!

Roverandom by JRR Tolkien, A Review

On Heroes and Perseverance