Monster in the Hollows, Day 3: The Impact of the Arts 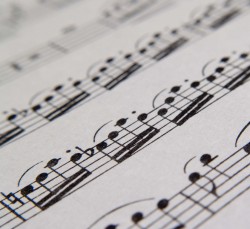 Who among us hasn’t experienced that peculiar, delightful stirring of the soul that comes through a creative work? We read a book and between the lines we catch glimpses of beauties and marvels that waken wonder. We hear a song that grips our hearts with emotion that goes beyond words. We view lines drawn skillfully into images that transcend mere form and move us to marvel at what they reveal about the world.

Echoes of things great and meaningful are captured in part through the mediums of word, song, or artistic form, and through them we gain understanding of matters almost too great to grasp.

Andrew Peterson not only understands this, he conveys well from the very beginning of The Wingfeather Saga, when the children’s schoolwork consists of the Three Great and Honored Subjects–Word, Form, and Song. He constructed his story world in a way that values the arts and depicts creativity being used with purpose and power.

As the series progresses up through The Monster in the Hollows, we see just how vital a role the arts play in the lives of Janner, Kalmar, and Leeli. The Maker has given them each one of the special gifts of Word, Form, and Song. These gifts form a special bond between them, aid them in times of great difficulty, and ultimately give hope for the future restoration of Anniera.

Yet these gifts accomplish much not because the children have some special powers at work in themselves, but because the gifts are infused with the creative power of the Maker. He has given the gifts and he empowers their use–to reveal truth, to stir love and courage, and ultimately to change the course of events in unexpected ways.

So also it is with us, and the creative gifts we’re given–in whatever form they take. As we steward these abilities given by our Maker, He breathes on our frail workings and endues them with lasting meaning. And if you’re a writer, you can rest assured that whether your words go forth to touch the souls of many or few, or He uses them to transform your own heart, they have power and purpose.

An Interview at The Writer’s Lair

Monster in the Hollows, Day 2: The Family Connection