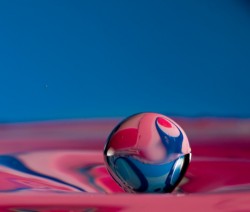 When I was in college, one of my professors shared a story about Benjamin Franklin. It seems that Franklin observed that his times of heightened creativity and problem-solving occurred when he was close to sleep or in the stage between sleeping and waking (considered by many the first stage of sleep). Yet if he fell fully asleep, he would often forget the ideas that came to him during the in-between stage.

So he began to take “naps” in a chair. He filled his hand with marbles and let it dangle over the arm of the chair, while beneath his hand waited a tin pail. Whenever he drifted toward sleep, his hand would slacken and the marbles drop into the pail. He would then jot down the ideas  floating through his mind–and certainly his creativity led to many useful inventions through the years.

Whether or not the story related by my professor is fact, scientists have observed that brain activity during the time between sleeping and waking often resemble the patterns that occur during periods of heightened creativity. Many other links between sleep, dreams, and creativity have been noted, but have yet to be fully explored.

I’ve noticed the tendency to have ideas when hovering on the border of sleep or when waking from a dream in the night. To take advantage of it, I keep a notepad and lighted pen next to my bed. Of course, many other things increase creativity, but it’s wise to make the most of any burst of inspiration, however it comes.

Do you have “creative times” where inspiration seems to flow more freely?

Smith of Wootton Major: A Beauty that Haunts