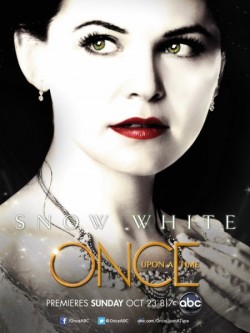 Story reminds the soul of truth, and a particular scene from Once Upon a Time runs parallel to something God has emphasized to me over the last few days. In this scene (part of the pilot episode), Snow White faces the Evil Queen.

Snow White’s husband has been killed, and her entire life is about to vanish under the power of a dark curse. Her only hope of redemption comes from her newborn daughter, who has been pulled into another world.

Yet through her pain, she smiles at the Evil Queen and says, “You’re going to lose. I know that now. Good will always win.”

Perhaps it’s a cliché, but it’s also truth. And it’s a testament of our faith when we look to the future with confidence that good will always win. Not good as some vague, nebulous force, but good meaning God, the one who defines goodness. In the end, He will have the victory.