In 2010, Orbit did an interesting study on fantasy cover art and titles from 2009 fantasy novels (graphic below). Although this data is several years old, I still think it shows some trends worth considering. 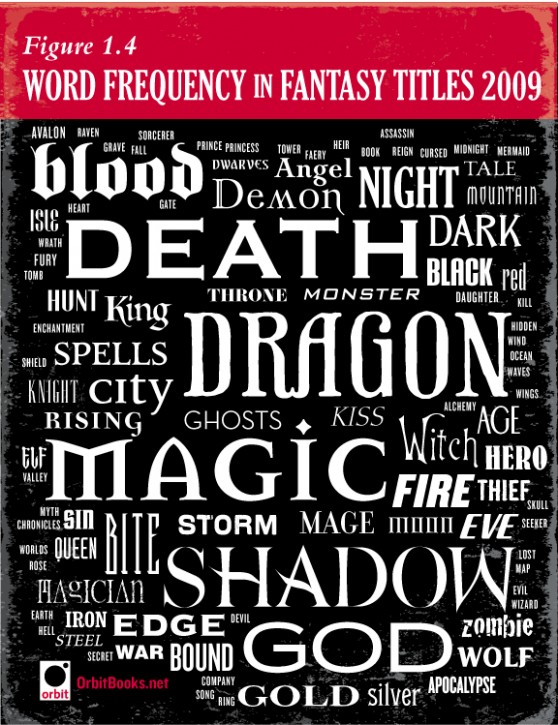 A few things stood out to me:

Titles and covers make the first impression for any novel, so it’s interesting to see how many common trends exist among them. Is it better to come up with something entirely unique (if that’s even possible) or run with the pack?

It seems clear that many publishers have chosen the latter route, which may suggest better sales with more “standard” titles. What do you think?