The Orbit study I discussed Friday looked at fantasy titles in the general market, and I was interested to see how the Christian market compared. I looked at all 2010-2011 fantasy novels (strictly fantasy, no science fiction or general speculative) from Marcher Lord Press, Splashdown Books, Living Ink/AMG, Bethany House, David C. Cook, Zondervan, Thomas Nelson, and Waterbrook Press. And here are the results: 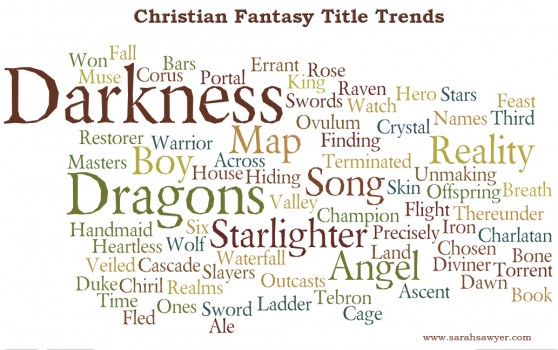 Several things immediately jumped out at me:

In the process of conducting this survey, I noticed something else interesting. The number of fantasy novels released by the publishers I looked at more than doubled between 2010 and 2011. The numbers are still small, but it’s an encouraging trend.

Any other thoughts or observations?