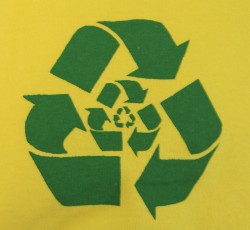 Recently, I read The Orphan King by Sigmund Brouwer, a historical fantasy novel that released this month. The concept seemed familiar, and the further I got into the story, the more confident I was that I had read the book before. A quick search confirmed that The Orphan King had been previously published as part of the novel Magnus.

A further glance at the reviews on Amazon suggested that The Orphan King actually had it’s start as an eight part series, which then merged into the single book Magnus, and now has been split again to form a “new” series dubbed Merlin’s Immortals.

In the past, I’ve enjoyed some of Brouwer’s books, but I was not fond of Magnus (in fact, I never finished reading it), so I probably wouldn’t have picked up The Orphan King if I realized it was the same book.

Brouwer is far from alone in this process of revising and re-releasing books under a different title. A similar incident occurred with Davis Bunn, who originally wrote using the pen name of Thomas Locke. Under this name, Bunn authored The Spectrum Chronicles, a four book fantasy series. Approximately 15 years later, Bethany House combined three of the books into one novel, The Dream Voyagers, and axed the first one altogether.

In most cases, these republished editions contain some alterations from the original story. A good example of this is Kathy Tyers, who wrote the Firebird series for Bantam Spectra (a mainstream publisher). The series was later acquired by Bethany House, and she took the opportunity to flesh out the faith elements she had always envisioned as part of the story. Later still, Marcher Lord Press published an annotated omnibus edition, and also the sequels she had planned many years ago.

So sometimes it’s merging series to form one novel, splitting a novel into a series, or changing much of the content while retaining the core storyline. Other times it’s as simple as repackaging the book under a different title, as with Donita K. Paul’s novel The Vanishing Sculptor. It was retitled The Dragons of Chiril, presumably to make the title uniform with the rest of the series.

This sort of revision and re-release seems particularly common in fantasy–at least, I haven’t noticed it to the same degree in other genres. And while I can see reasons to bring  new life to an old story, readers who think they’re purchasing a new book, when it’s actually a story they read years ago, may experience some annoyance and perhaps even feel like they’ve wasted money. What do you think?

Imagination and the Infinite Story