Fantasy and Lapses of Logic 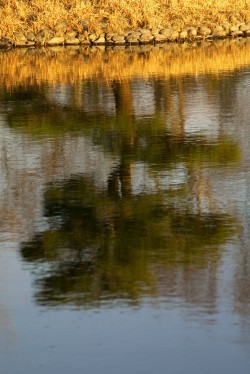 As a genre, fantasy requires a certain degree of creativity. It relies on freedom of imagination, which results in the construction of wondrous realms, full of terrors and delights. And yet the application of reason and logic plays a vital role in this creative process, for the lack of it will result in worlds that ring false to readers.

This struck me anew when I read a fantasy novel in which the society was agrarian, yet placed high esteem on academics and book work, with the result that  farmers would leave their land, no matter the season, for the chance of academic advancement. I’m sure a reason for this could have been invented, but rather than attempt to create a framework in which these conflicting elements made sense, it was treated as normal that these men would abandon their responsibilities–the demands of planting and harvest and tending crops–for the opportunity to sit under a teacher whenever he happened to be in the area. As a result, I was reminded of the fictional nature of the world, and there was a break in the fictive dream.

In such a way, elements of worldbuilding that seem implausible tend to cause a momentary break in the “suspension of unbelief” and can eventually derail a story, if accumulated in sufficient number.

Especially in fantasy, it’s vital to have an sense of internal consistency and to blend rational thought with imagination. As artist Francisco Goya once said, “Fantasy, abandoned by reason, produces impossible monsters; united with it, she is the mother of the arts and the origin of marvels.”

I think every writer hopes to give visions of marvels that intrigue and inspire, rather than impossible monsters that distract from their stories. To craft the most compelling storyworlds, we need imagination and reason both. There’s a time for the heady rush of creativity, and there’s a time to objectively evaluate the words and realms created.

What do you think? Have you encountered “impossible monsters” in books you’ve read? Do these lapses in logic cause you to set aside a book or will you tolerate them for the sake of the story? And if you write, how do you avoid internal inconsistencies in your worldbuilding?

Imagination and Our Views of God