Dreams and the Life of a Writer 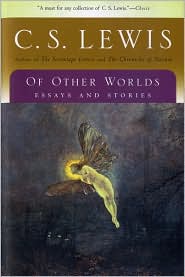 While reading one of CS Lewis’s nonfiction books, Of Other Worlds, I came across this quote regarding his writing process:

“One thing I am sure of. All my seven Narnian books, and my three science fiction books, began with seeing pictures in my head…At first I had very little idea how the story would go. But then suddenly Aslan came bounding into it. I think I had been having a good many dreams of lions about that time. Apart from that, I don’t know where the Lion came from or why He came. But once He was there He pulled the whole story together, and soon He pulled the six other Narnian stories in after Him.”

Every writer’s process is different (unlike Lewis, I typically don’t begin with a mental image), but I love this quote because it depicts how dreams can impact the formation of stories (plus it talks about Aslan!). While ideas spring up from countless sources, all valuable, my dreams consistently birth new stories. I don’t fully understand how it works, only that God-inspired creativity flows through dreams, and that from them ideas and notions I’ve never consciously considered rise to the surface. Of course, any seed of an idea from a dream must be fleshed out, brainstormed, crafted, and so forth before it becomes a full story, but still, dreams often provide inspiration.

What about you? If you’re a writer, have you found fodder for stories in your dreams? If you’re a reader, does it surprise you to learn the role played by dreams in the creative process?