By way of introduction to The Charlatan’s Boy, I thought I’d share a little about charlatans and feechies, both of which you’ll hear a great deal of if you embark upon the adventure of reading this tale. 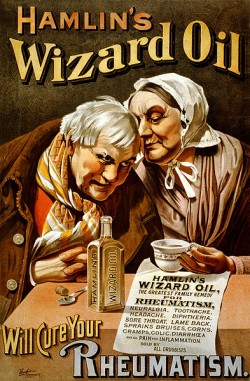 Even if you haven’t heard of a feechie, I’d guess you’re familiar with charlatans…also known as hucksters, con men, and shysters, to name just a few of their titles. As long as there have been people to enthrall with their charm, charlatans have been perpetrating scams. Here’s a few of the more famous:

Victor Lustig
In 1925, Lustig managed to pull off a truly impressive con–selling the Eiffel Tower. In the guise of a government official, he met with several scrap metal salesmen, claiming that the city could no longer afford to maintain the Eiffel Tower and wanted to sell it off as scrap metal. One of the men believed his story and paid him a large sum of money, after which Lustig fled the city to avoid prosecution. Eventually, he made his way to America, where he managed countless scams, including successfully tricking Al Capone out of $5000. He managed to pull the wool over Capone’s eyes with such skill that Capone remained confident of his integrity the entire time. But the life of a scam artist eventually caught up with him, and he was sentenced to 20 years at Alcatraz. He died before finishing his sentence.

John Austen Hamelin and Lysander B. Hamelin
In 1861, the Hamelin brothers (one of them a former magician), produced Hamelin’s Wizard Oil. As common with many of the quack treatments of the day, it contained primarily alcohol, along with a potent combination of other chemicals, such as chloroform, ammonia, and turpentine. It was meant to be applied topically and taken internally. This miracle cure 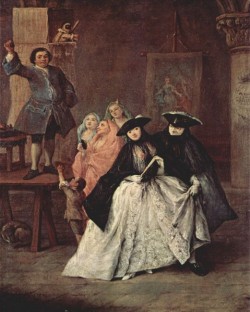 supposedly healed everything from common aches and pains to cancer, and they adopted the slogan, “There is no sore it will not heal, no pain it will not subdue.” The Hamelins managed to avoid tangling with the law, aside from a $200 fine incurred by Lysander’s son, as the claim of curing cancer was refuted by the 1916 “Pure Food and Drug Act.”

John R. Brinkley
By all accounts, Brinkley possessed natural showmanship and charm–a must for a successful charlatan, especially one who came up with a concept as outlandish as the implantation of goat glands as a cure for male impotence and other ailments. No surprise, many of his “patients” suffered infection and sometimes death, but he managed to keep perpetrating this scam for many years, until the medical board revoked his license in 1930. Undaunted, he then turned his showmanship skills to running for governor of Kansas and a radio program of medical “advice” designed to sell ads and shill false cures.  Due to a number of lawsuits against him from the enemies accrued in the course of his career, he eventually died penniless.

Most of these charlatans and con men came to untimely ends–poverty, lawsuits, or imprisonment–as their frauds came to light. How do the charlatan Floyd and his boy Grady fare at the end of their tale? You’ll have to read the book to find out!

If you haven’t read The Charlatan’s Boy, you might wonder what exactly is a feechie? Well, they’re Mama-loving, alligator-wrangling, swamp-dwelling critters, the terror of any civilizer. Jonathan Rogers, world’s foremost authority on feechies, will fill you in on the details:

If you should encounter one of these fearsome creatures lurking in the underbrush, what should you do? Here’s the answer:

For more information on feechies, visit the Feechie Film Festival.

Come by tomorrow for a review and Wednesday to hear what Jonathan has to say about the inspiration behind The Charlatan’s Boy. Also, if you don’t have a copy of the book and are interested in reading it, I’m holding a giveaway here.

For more Charlatan’s Boy discussion, visit the other tour participants:

Of Fantasy, History, and the Greatest Eucatastrophe