Corus the Champion Day 3: The Lore of Arthur 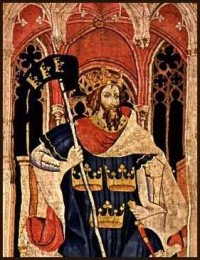 Corus the Champion falls into the category of epic fantasy, as Becky Miller explored in depth, and it borrows from various folk traditions, including Welsh mythology, and Norse lore. Yet perhaps the most popular source of legend Briggs borrowed from is that of King Arthur, which places it under the umbrella of Arthurian fantasy (tales which incorporate elements of the Arthur mythos into their storylines). It remains to be seen if the rest of the series will continue in this vein, but Corus the Champion made inventive use of this mythology–and the book is in good company.

In the general market, Arthurian books abound, and even in the Christian market numerous titles explore different aspects of the legend. If you’re looking for more Arthurian reading, I’ve listed some of these here:

An epic retelling of the Arthurian legends. The story of Taliesin, his son Merlin, and Merlin’s protégée Arthur is wrenched from its medieval setting and returned to the place where it must surely have originated: fifth-century Britain after the departure of the Roman armies.

Avalon: The Return of King Arthur
By Stephen Lawhead

It has been fortold: In the hour of Britain’s greatest need, King Arthur will return to rescue his people.

In Portugal, the reprobate King Edward the Ninth has died by his own hand.

In England, a dark scenario conceived by the power-hungry Prime Minister, Thomas Waring, is about to be realized: the total destruction of the British monarchy in the twenty-first century.

And in the Scottish Highlands, a mystical emissary named Mr. Embries–better known as “Merlin”–informs a young captain that he is next in line to occupy the throne. For James Arthur Stuart is not the commoner he has always believed himself to be–he is Arthur, the legendary King of Summer, reborn. But the road to England’s salvation is rocky and dangerous, with powerful waiting to ambush: Waring and his ruthless political machine…and the agents of an ancient, far more potent evil. For Arthur is not the only one who has returned from the mists of legend. And Merlin’s magic is not the only sorcery that has survived the centuries.

That Hideous Strength
By CS Lewis

The final book in C. S. Lewis’s acclaimed Space Trilogy, which includes Out of the Silent Planet and Perelandra, That Hideous Strength concludes the adventures of the matchless Dr. Ransom. The dark forces that were repulsed in Out of the Silent Planet and Perelandra are massed for an assault on the planet Earth itself. Word is on the wind that the mighty wizard Merlin has come back to the land of the living after many centuries, holding the key to ultimate power for that force which can find him and bend him to its will. A sinister technocratic organization is gaining power throughout Europe with a plan to “recondition” society, and it is up to Ransom and his friends to squelch this threat by applying age-old wisdom to a new universe dominated by science. The two groups struggle to a climactic resolution that brings the Space Trilogy to a magnificent, crashing close.

Legend of the Emerald Rose
By Linda Wichman

Legend begins where truth ends . . . or is it the other way around?

King Arthur is dead. Guenevere has been slain. Merlin has vanished. And Camelot seems lost forever. The servants of the evil one are intent on capturing the Isle of Might no matter the cost—but the remaining Knights of the Round Table have a plan. . . .

The unlikely princess: Protected from the knowledge of her birthright by the Knights of the Round Table, Emerald Rose Rayn is a high-spirited lass and a skilled warrior with an unshakable faith in God.

The reluctant apprentice: Embittered by his father Merlin’s betrayal, Shadoe un Hollo Tors abandons God and Camelot, until a dream returns him to his childhood home to fulfill his destiny and appoint Arthur’s rightful heir to the throne.

Bound by Divine providence, divided by distrust, and threatened by sorcery and demons, Shadoe and Rayn must overcome their instant dislike and mutual attraction to save the isle.

So if you’re a fan, you’ll find plenty to explore in the Christian market alone. I’m sure I’ve missed some, so add any you wish in the comments (Christian or general market). And I’m curious–do you enjoy Arthurian mythology? If so, do you have any favorite Arthurian tales?

I’m always on the lookout for book recommendations!

Corus The Champion, Day 1: A Review