Go on a time travel adventure…explore alternate realities…witness ancient legends come to life. All these experiences and more come in the pages of these newly released fantasy novels, so enjoy!

The Bone House
by Stephen Lawhead

An avenue of Egyptian sphinxes, an Etruscan tufa tomb, a Bohemian coffee shop, and a Stone Age landscape where universes collide …

Kit Livingstone met his great grandfather Cosimo in a rainy alley in London where he discovered the reality of alternate realities.

Now he’s on the run – and on a quest, trying to understand the impossible mission he inherited from Cosimo: to restore a map that charts the hidden dimensions of the multiverse while staying one step ahead of the savage Burley Men.

The key is the Skin Map – but where it leads and what it means, Kit has no idea. The pieces have been scattered throughout this universe and beyond.

Mina, from her outpost in seventeenth-century Prague, is quickly gaining both the experience and the means to succeed in the quest. Yet so are those with evil intent, who from the shadows are manipulating great minds of history for their own malign purposes.

Across time and space, through manifest and hidden worlds, those who know how to use ley lines to travel through astral planes have left their own world behind in this, the second quest: to unlock the mystery of The Bone House. 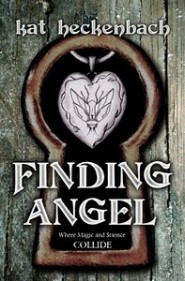 Despite a loving foster family and a little brother who holds the most special place in her heart, Angel dreams of living in a land that exists only in the pages of a fantasy novel.

Then she meets Gregor, whose magic Talent saves her life and revives her memory of the attack seven years prior that caused her amnesia and stole her from her real parents.

She follows Gregor to her homeland…a world unlike any she has imagined, complete with a twisted family tree that’s rooted in a centuries’ old feud, a painting that (literally) holds the key to the truth, a mysterious and talkative beetle, and an Elven rocker who can play the songs of the stars on an electric guitar.

Angel grapples with the consequences of her decisions while traveling a path of self-discovery that leads directly to her role in an ancient Prophecy…and to the madman who set her fate in motion. 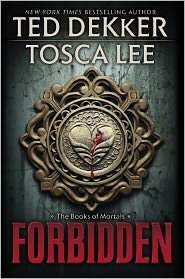 Many years have passed since civilization’s brush with apocalypse. The world’s greatest threats have all been silenced. There is no anger, no hatred, no war. There is only perfect peace… and fear. But a terrible secret has been closely guarded for centuries: Every single soul walking the earth, though in appearance totally normal, is actually dead, long ago genetically stripped of true humanity.

Fleeing pursuit, with only moments to live, a young man named Rom stumbles into possession of a vial of blood and a piece of cryptic writing. When consumed, the blood will bring him back to life. When decoded, the message will lead him on a perilous journey that will require him to abandon everything he has ever known and awaken humanity to the transforming power of true life and love.

But the blood will also resurrect hatred, ambition, and greed.

Set in a terrifying, medieval future, where grim pageantry masks death, this tale of dark desires and staggering stakes peels back the layers of the heart for all who dare to take the ride. 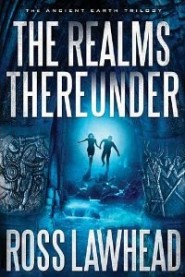 The Realms Thereunder
by Ross Lawhead

Ancient legend tells of an army of knights that will remain sleeping until the last days.

The knights are waking up.

A homeless man is stalked by a pale, wraithlike creature with a mouthful of needle-sharp teeth. Maimed animals and a host of suicides cluster around a mountain in Scotland. And deep beneath the cobbled streets of Oxford, a malicious hoard besieges a hidden city.

Freya Reynolds is a university student with a touch of OCD and an obsession with myth and folklore. Daniel Tully is living rough on the streets of Oxford, waging a secret war against an enemy only he can identify. Years ago, they found themselves in a world few know is real. They have since gone their separate ways and tried to put that adventure behind them.

But the mythical world is now bleeding into our reality—a dark spiritual evil that is manifesting itself in forgotten corners of the British Isles. Alex Simpson is a Scottish police officer who specializes in hunting mythical creatures. Together, they must confront the past, the present, and points beyond to defeat the ultimate threat to humanity.

Nothing they’ve seen so far prepares them for what awaits . . . in The Realms Thereunder. 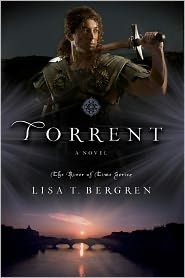 When Gabi and Lia finally learn to surf the river of time, they realize they must make hard choices about life and love in the third and final book in the River of Time series.

Gabi and Lia Betarrini have learned to control their time travel, and they return from medieval Italy to save their father from his tragic death in modern times.

But love calls across the centuries, and the girls are determined to return forever-even though they know the Black Plague is advancing across Europe, claiming the lives of one-third of the population. In the suspenseful conclusion of the River of Time series, every decision is about life…and death.

Jill Williamson is offering a free serial podcast of her first novel, Christy Award winner By Darkness Hid. Right now, she has posted up through chapter 15, and it appears that she is uploading new chapters weekly.

If you’re interested in sampling the book or you enjoy audio books, you may want to check it out.

The Beauty of Speculation