Another new month, and another list of new releases, these from all points of the Christian speculative fiction spectrum–alternate history, science fiction, fantasy, paranormal… Do any catch your attention? 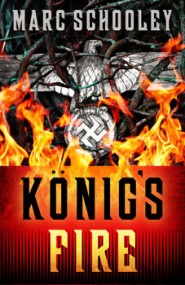 The Nazis have established a torture center in a mine at the heart of a Romanian forest. Here they interrogate prisoners and, sometimes, throw them into the furnace at the heart of the mine.

Only now, the primeval forest is rising against them, unleashing a preternatural army to besiege the great iron gate of the mine. The fearsome guards become terrified prisoners and the furnace itself burns with hungry anger against them.

Sascha König, a man they called Nebuchadnezzar, is their only hope. He is master of the furnace. All along, he has been Hitler’s ardent servant. But now…König is wrestling with demons of his own, and the Master of all fires is calling him to Himself through the haunting eyes of a little gypsy girl König did not save. 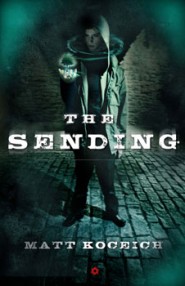 The Sending
by Matt Koeciech

Mark Grant has a unique ability to see distant places and has earned millions in his quest to locate the Garden of Eden. Now dark forces want him to uncover a 4,000 year-old secret that holds the key to eternal life.

This is no harmless quest for Paradise. Armies of darkness seek to reclaim their place in heaven. To do so, they must escape their ultimate death in the lake of fire by using Mark as their human host. The fruit of the Tree of Life will solidify their insidious plan. So Mark is sent to find the way back into Eden—and his family is kidnapped to ensure his compliance.

The minions of Satan think Mark is working completely for their errands. But someone else is sending Mark, as well.

Racing time to find them and the Tree of Life, Mark must decide if he’s willing to lose his faith to save his soul. 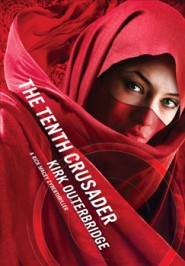 The Tenth Crusader
by Kirk Outerbridge

The Philippines of the future is a dangerous place. A country ravaged by 20 years of Islamic civil war. A nation fractured by religious fundamentalism and socioeconomic decay—and a place General Rick Macey thought he’d never have to see again.

But when a political assassination takes place at the US embassy in Manila, a calling card is left that Macey can hardly ignore.

Charged with mending US-Philippine relations, Macey must uncover the assassins, known only as The Tenth Crusaders, before the U.S. is accused of politically sabotaging the Philippines’ efforts to join the Islamic Alliance of Oceania—a pan-Islamic Supercountry comprised of the former Malaysia and Indonesia.

Failure could mean a new conflict between the U.S. and I.A.O., but to find the Crusaders, Macey will have to confront his past in the Philippines and the truth behind why he never wanted to return.

RJ Anderson’s Ultraviolet, a paranormal YA novel, will release Fall 2011 in the US, Spring 2011 in the UK…and has just received its UK cover. She shares more details on her blog. As an aside, I’ve noticed that for books published both UK and US, the UK editions tend to release first. Is this a coincidence, or does British publishing move faster?

Following last month’s news and releases post, a commenter shared about a real life treasure hunt taking place, based on Stephen Lawhead’s The Skin Map. It encompasses all 50 states. If you want to find out how to participate, visit the Bright Empires site.

Divergent by Veronica Roth, which appears to be YA dystopian speculative fiction, is a debut by a Christian writer with an ABA house. It will release May 2011. If you’re interested in learning more, stop by her blog for a description of the book. This is the first I’ve heard of this author, but I’ll be keeping an eye out for Divergent.