November brings frosts in the evenings and fires in wood stoves, the perfect time to curl up with a fantasy novel. These stories offer a journey for the imagination from the comfort of your home, so browse and see if any catch your interest. 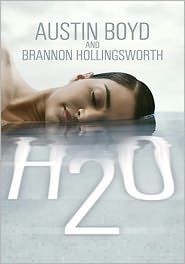 H2O is a contemporary crossover women’s novel that tells the story of Kate Pepper, a successful young business woman in Seattle whose life is suddenly—and strangely—turned upside down. Unexplainable visions torment her every time she gets wet. Sinking into despair, frantic to avoid water at any cost, Kate ultimately finds romance and redemption through the advice of simple people who love her for who she is, not what she was. Kate Pepper has it all … a razor-sharp intellect, perfect health, stunning beauty, a wildly successful career, and all the money she can spend. Or rather, she thinks she has it all. Despite the perfect shell, there’s something dark inside Kate. Terrible visions send her into a deep depression and her world crumbles. All her business savvy and elite connections don’t make a difference; she has lost control. Who will save her? Xavier, her predatory boyfriend? Or Candice, the Down syndrome waitress at her favorite coffee shop? At the bottom of her dark well, desperate to get out of the water, there’s nowhere to reach but up. H2O—a fascinating allegorical look at success, sanity and spiritual redemption in a young woman’s relationship with water. 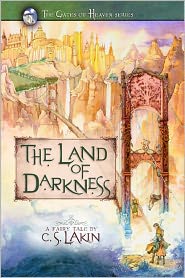 The Land of Darkness
by CS Lakin

Twelve-year-old Jadiel is forced by her evil stepmother to fetch the rejuvenating leaves from the Eternal Tree by next full moon or her father will be killed. On her journey, she encounters Callen, her uncle’s apprentice, a young man looking for a mysterious bridge. Together they chase after confusing clues, which lead them into danger and ultimately the treacherous Land of Darkness. In the end, they find more than they are looking for. The Land of Darkness is a fairy tale rich in biblical allegory and points to the bridge that links the mortal with the immortal life—one that can be seen only with eyes of faith. 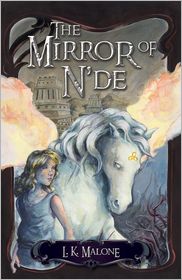 The Mirror of N’De
By LK Malone

In the mythical city of N’de lives thirteen-year-old Hadlay and her people, the Ramash. Scorned and abused by the unloving and absent Emperor, the Ramash are poor people, placed second to the ruling class of the Oresed. Young but bold, Hadlay rages against the injustice in her city. When she is chosen for the honor of serving the Prince in the Tower, she hopes to find a way to right the wrong . . . but soon discovers that things are worse than she believed. 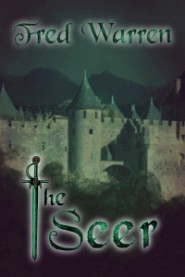 In The Muse, struggling author Stan Marino went looking for inspiration, but found instead an ancient evil that cast him, his friends, and his family into a realm of imagination where almost anything was possible, and into a battle for their souls.

They won that fight at a terrible price, and now, five years later, The Seer finds Stan still picking up the pieces of his shattered life. Are his daughter’s disturbing visions of the future a lifesaving gift, or a curse that will draw him once again into the shadowy world of dreams and imagination, back into a war he can’t hope to win?

Jeff Gerke, long-time editor and the man responsible for Marcher Lord Press, will be offering a free webinar through Writer’s Digest on “Your Novel’s First 50 Pages: Why They Count, What They Do, and How They Can Wow Agents, Editors, and Readers.”

The webinar will take place Friday, November 4th, at 12PM EDT. If you write, I encourage you to take advantage of the opportunity to grow in craft.

The Search for Meaning