This post got bumped back several days due to the CSFF blog tour and book giveaway, but there are several newsworthy items (a free book offer, a contest, and several upcoming series) and new books worth mentioning. And I invite you to share anything of interest in the comments, as well! 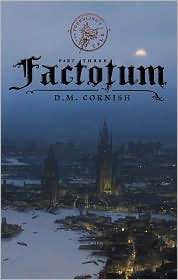 Rossamond Bookchild stands accused of not truly being a human at all, but of being a monster. Even the protection of Europe, the Branden Rose—the most feared and renowned monster-hunter in all the Half-Continent—might not be enough to save him. Powerful forces move against them both, intent on capturing Rossamond—whose existence some believe may hold the secret to perpetual youth.

Tales of the Dim Knight 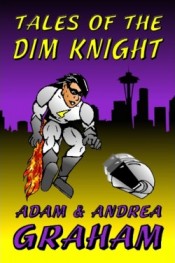 by Adam and Andrea Graham

Mild-mannered janitor and superhero fanboy Dave Johnson gets all his wishes at once when an alien symbiot gives him supernatural powers. But what’s he to do with them? Follow his laugh-a-minute progress as he fights crime and corruption while trying to keep his family together and avoid being sued for copyright infringement.

If you’re a book

reviewer, Marcher Lord Press, which exclusively publishes Christian speculative fiction, offers an opportunity for free books. If you review four MLP titles from earlier seasons in PDF form (provided by the publisher), then you will be able to choose a fifth title to receive as a print version (free of cost). If you’re interested, email reviews (at) marcherlordpress (dot) com for more information.

I previously mentioned that Legends of Karac Tor, a fantasy series dropped when the publisher closed their entire fiction line, might have a new home. Now it is official. The series will take on new life (this time as the five full books that the author intended), released by Living Ink Books–and three of the five titles will release in 2011, a bonus for those who don’t like to wait for sequels.

In addition, debut author Brock Eastman also has a five book YA fantasy series Quest for Truth recently contracted by P&R, the first novel of which will release in 2011. Of more interest now may be the Look Like Obbin contest he’s running, one of the more unusual contests I’ve seen. He offers a gift card, a signed copy of the book, and a shirt to the winner.