Epic fantasy, time travel, and spiritual warfare make for an interesting mix of books releasing this month. As always, you’re free to leave any new releases I may have missed in the comments…and let me know if any of these catch your eye! 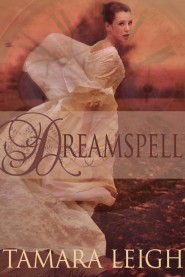 Sleep disorders specialist Kennedy Plain has been diagnosed with a fatal brain tumor. When her research subject dies after trying to convince her he has achieved dream-induced time travel and her study is shelved, she enlists herself as a subject to complete her research. But when she dreams herself into 14th-century England and falls into the hands of Fulke Wynland, a man history has condemned as a murderer, she must not only stay alive long enough to find a way to return to her own time, but prevent Fulke from murdering his young nephews. And yet, the more time she spends with the medieval warrior, the more difficult it is to believe he is capable of committing the heinous crime for which he has been reviled for 600 years.

Baron Fulke Wynland has been granted guardianship of his brother’s heirs despite suspicions that he seeks to steal their inheritance. When the king sends a mysterious woman to care for the boys, Fulke is surprised by the lady’s hostility toward him–and more surprised to learn she is to be his wife. But when his nephews are abducted, the two must overcome their mutual dislike to discover the boys’ fate. What Fulke never expects is to feel for this woman whose peculiar speech, behavior, and talk of dream travel could see her burned as a witch. 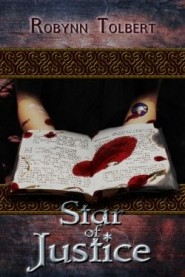 Star of Justice
by Robynn Tolbert

She joined the knighthood for the scholarship program.

A thwarted assassination attempt drags Caissa Ocren into a secret war between elemental spirits and dragon worshippers. More accustomed to solving puzzles than wielding swords, she undergoes a crash course in survival from a mercenary minstrel, a shape-shifting druid, and a legendary spirit warrior. An ancient book may hold the answers she seeks, but understanding requires the memories of a wizard. With time against her, Caissa faces the hardest lesson of all—how to serve when the cost is her life. 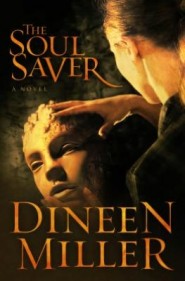 The Soul Saver
by Dineen Miller

Meet Lexie Baltimore, who is in the supernatural battle of her life. In obedience to God’s calling, Lexie uses her art and dreams to help others. But will she have enough courage to help herself when she becomes torn between her atheist husband and a godly man? A widower and a father, Pastor Nate Winslow is drowning in darkness. Will he resist his treacherous assignment to win Lexie’s heart or give in to the attraction between them? As events unfold, Lexie becomes entangled in a twisted plot. Will she overcome the evil assailing her or yield to the dark side? 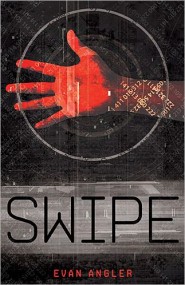 Everyone gets the Mark. It gives all the benefits of citizenship. Yet if getting the Mark is such a good thing, then why does it feel so wrong?

Set in a future North America that is struggling to recover after famine and global war, Swipe follows the lives of three kids caught in the middle of a conflict they didn’t even know existed. United under a charismatic leader, every citizen of the American Union is required to get the Mark on their 13th birthday in order to gain the benefits of citizenship.

The Mark is a tattoo that must be swiped by special scanners for everything from employment to transportation to shopping. It’s almost Logan Langly’s 13th birthday and he knows he should be excited about getting the Mark, but he hasn’t been able to shake the feeling he’s being watched. Not since his sister went to get her Mark five years ago . . . and never came back.

When Logan and his friends discover the truth behind the Mark, will they ever be able to go back to being normal teenagers? Find out in the first book of this exciting series that is Left Behind meets Matched for middle-grade readers.

Andrew Peterson, author of the Wingfeather Saga, announced the near completion of his new album Light for the Lost Boy. This is good news for fantasy readers, because he plans to turn his attention to the concluding book of the saga–The Warden and the Wolf King–now slated to release in spring 2013. Keep an eye out for both the book and the new album.