After several years, Frank Peretti has a new book releasing this month, one that sounds rather different from his earlier spiritual warfare novels. And I’m quite excited about RJ Anderson’s latest book! Do any of these catch your interest? 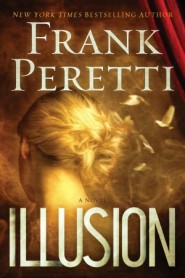 Dane and Mandy, a popular magic act for forty years, are tragically separated by a car wreck that claims Mandy’s life—or so everyone thinks. Even as Dane mourns and tries to rebuild his life without her, Mandy, supposedly dead, awakes in the present as the nineteen-year-old she was in 1970. Distraught and disoriented in what to her is the future, she is confined to a mental ward until she discovers a magical ability to pass invisibly through time and space to escape. Alone in a strange world, she uses her mysterious powers to eke out a living, performing magic on the streets and in a quaint coffee shop.

Hoping to discover an exciting new talent, Dane ventures into the coffee shop and is transfixed by the magic he sees, illusions that even he, a seasoned professional, cannot explain. But more than anything, he is emotionally devastated by this teenager who has never met him, doesn’t know him, is certainly not in love with him, but is in every respect identical to the young beauty he first met and married some forty years earlier.

They begin a furtive relationship as mentor and protégée, but even as Dane tries to sort out who she really is and she tries to understand why she is drawn to him, they are watched by secretive interests who not only possess the answers to Mandy’s powers and misplacement in time but also the roguish ability to decide what will become of her. 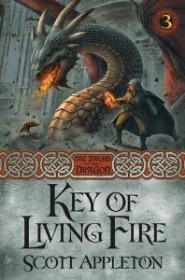 Long, long ago a prophet of God shed his powers he had received from his Creator, and placed them in a hold of fire. He chose to leave his preeminent life and become a simple man living on a mountainside. But someone else discovered where he had placed the key to the hold of fire and set about finding it.

Letrias, that strongest of the traitors who remained alive, sent his minion to seize the key. But the dragon prophet discovered Letrias’ plan. Intercepting Ilfredo, the dragon sent him to stop the thief and to retrieve the key. Ilfredo journeyed beneath the Resgerian desert, discovered the complexity of its mystery along the way, and at last entered the Hidden Realm.

But a great evil slept there alongside the key, an evil that even the mighty Ilfredo could not defeat. When it awakened, an army wakened with it, and the hero found himself impossibly outmatched. Only an ancient hero with strength and honor in his heart, had the courage to join with Ilfredo and preserve his life. Yet only a greater villain could destroy the evil that had been unleashed. 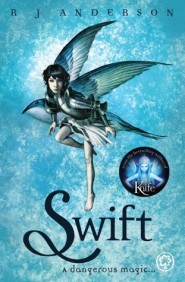 Ivy is a determined young faery, living in an abandoned tin mine with her clan.

In a cruel twist of fate she was born without wings, and she longs to fly like the others. When she meets an enigmatic stranger, he seems to offer an answer. But there is more to him than meets the eye…

A compelling new novel from the bestselling author of Knife, Rebel and Arrow.