Two Christian fantasy novels I’ve anticipated for some time release this month, sequels in the Auralia Thread series and the Gates of Heaven series. Have you tried either series? If so, what did you think? 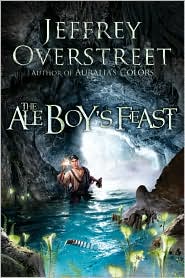 The king is missing.
His people are trapped as the woods turn deadly.
Underground, the boy called Rescue has found an escape.

They journey without their king. During a calamitous attempt to rescue some of his subjects from slavery, Cal-raven vanished. But his helper, the ale boy, falling through a crack in the earth, has discovered a slender thread of hope in the dark. He will dare to lead a desperate company up the secret river.

The Map Across Time 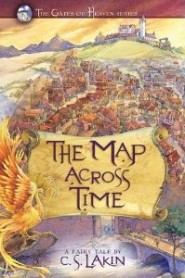 The kingdom of Sherbourne is plagued by an ancient curse which must be halted before devastation results. The King’s twin teenagers, Adin and Aletha, use a magical map to go back in time to discover the origin of the curse and its cure, but everything goes awry.

Can Adin manipulate events in the stream of time to assure the salvation of his kingdom?

A new independent publisher, Risen Fiction, has recently contracted several fantasy novels for release this year. The first to release will be a Viking time-travel story by Michelle Griep entitled Undercurrent, coming out spring 2011. I’ve had the pleasure of swapping critiques with Michelle, and she’s an excellent writer. She shares a little more about the novel here. The second contract went to Yvonne Anderson, for the Gateway to Gahannah series, the first of which will release over the summer. If you’re interested, she talks a bit about what drew her to writing fantasy novels here. Keep an eye out for these books! I’ll post more information when they release.

If you recall, several months ago writer Adam Palmer launched a joint venture with Marcher Lord Press to write a science fiction novel via Twitter. I haven’t stopped in to check on progress, but apparently it’s going strong. Marcher Lord Press has collected everything written so far into a flip book on the website, so if you’d like to start reading, you can easily do so. Have you taken a look at the story? If so, what do you think about this format?