Sad to say, I don’t know of many Christian fantasy novels releasing in June…but if you do, be sure to add to the list in the comments. 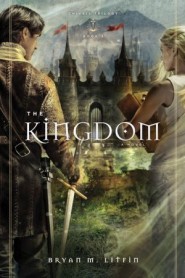 The Kingdom
by Bryan Litfin

War and disease have destroyed the modern world. Centuries later, feudal societies have arisen across Europe. No one can remember the ancient religion of Christianity—until an army captain and a farmer’s daughter discover the Sacred Writing of the one true God.

As Teo and Ana encounter the forgotten words of the holy book, they realize its message is just what their kingdom needs. Though exiled from their homeland, they join their hearts in a quest to return. But now an ancient pact has united the enemies of the Christian faith into a dark alliance that threatens to consume the known world. Racing to stay one step ahead of their enemies, Teo and Ana must battle heinous villains, stormy seas, and the powers of the underworld itself. As armies begin to mass for a final battle, the odds favor the forces of evil. Can Teo and Ana bring divine truth to Chiveis—or will the Word of God fade from the earth forever? 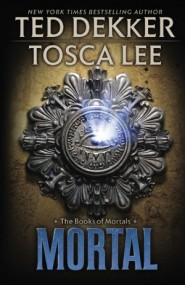 Centuries have passed since civilization’s brush with apocalypse. The world’s greatest threats have all been silenced. There is no anger, no hatred, no war. There is only perfect peace…and fear. A terrible secret was closely guarded for centuries: every single soul walking the earth, though in appearance totally normal, is actually dead, long ago genetically stripped of true humanity.

Nine years have gone by since an unlikely hero named Rom Sebastian first discovered a secret and consumed an ancient potion of blood to bring himself back to life in Forbidden. Surviving against impossible odds, Rom has gathered a secret faction of followers who have also taken the blood-the first Mortals in a world that is dead.

But The Order has raised an elite army to hunt and crush the living. Division and betrayal threaten to destroy the Mortals from within. The final surviving hope for humanity teeters on the brink of annihilation and no one knows the path to survival.

Marcher Lord Press, publisher of all kinds of Christian speculative fiction, has revamped its website to make it a greater resource for readers and writers alike. You can see the results of their redesign here.