If you would like to venture to another world in your summer reading, here are a few Christian speculative fiction novels releasing this month. 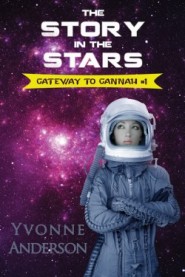 The Story in the Stars
by Yvonne Anderson

The inhabitants of the planet Gannah are known as bloodthirsty savages who once tried to conquer the galaxy. Now a plague has ravaged the planet and only one survivor remains, a young woman named Dassa.

Pik, the doctor from the League of Planets assigned to her case, hates everything Gannahan and wishes every last one of its people had died. Bereft of everything she’s ever known, Dassa clings to her God and the story he has written in the stars. He has given her an assignment: to return to Gannah and replenish it with a new race of people.

But she must first overcome the prejudice of the entire galaxy and recruit her de facto enemy, Pik, to help her.

The Violet Flash
by Mike Mason 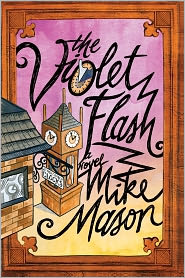 There’s a rip in the blue umbrella, and time—and Chelsea—are slipping through!

One moment she was there, the next moment she was not, and Ches Cholmondeley was watching when it happened. And he learns of other mysterious goings-on: for three days in a row the world’s atomic clocks have lost a second, resulting in bizarre accidents ranging from dropped casseroles to plane crashes. Are these events related? What’s a brother to do?

But time is running out. And Ches is torn, knowing that the very deed that can save the world might also keep his sister from ever returning to it. 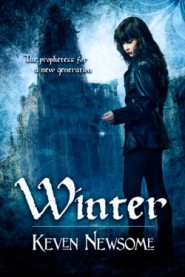 Winter Maessen didn’t ask for the gift of prophecy. She’s happy being a freak–but now everyone thinks she’s crazy. Or evil. Goths aren’t all the same, you know. Some are Christians…Christians to whom God sends visions.

Students at her university are being attacked, and Winter knows there’s more than flesh and blood at work.

Her gift means she’s the only one who can stop it–but at what price?

As always you’re welcome to share anything you like–news, contests, or new/upcoming novels (including your own).