Here’s the latest batch of Christian fantasy releases from publishers large and small–just in time for summer vacations. If you know of other new releases, please feel free to share them in the comments. Happy reading! 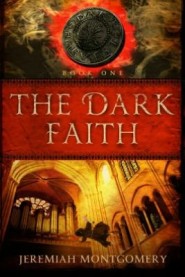 The Dark Faith
by Jeremiah Montgomery

In the first book in the Dark Harvest trilogy, an epic battle between good and evil pushes three warrior-clerics to the very limits of their strength—and their faith—as they fight to unearth the truth of an ancient evil, a tree rooted in bloodshed, and a fabled book that holds the secrets they seek.

Morumus, a devout monk, has been given the task of his life: translate Holy Writ into the language of those who practice the Dark Faith. His translation could be a great, sweeping sword, used to break its power . . . but as Morumus and two fellow monks begin the taks, dark currents drag them toward a dangerous conspiracy. Will he find the secret to vanquish the Dark Faith? Or will he lose everything?

As the long-awaited invasion of human forces looms, Jason, Koren, and Elyssa struggle to alert the soldiers to an unforeseen menace on the planet of Starlight—a deadly illness has been released, one that already has Koren in its grip. Starlighter Cassabrie harbors a secret she believes can counter the devastation being unleashed by dragon king Taushin’s latest maneuverings, but she can disclose little of her risky plan.

As Cassabrie fights to save her people, the dragon Magnar works to move the Starlight prophecy in his favor. His actions could release an ancient race of dragon-like beings, making the plight of humans even more perilous. Wishing only to free the slaves and to bring peace, a few young warriors are poised to face three armies as they battle for control of two worlds. Can love, faith, and courage be enough? Will Cassabrie be the human’s last hope? 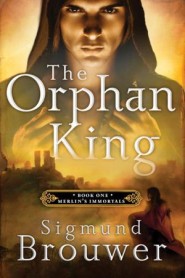 The Orphan King
by Sigmund Brouwer

My greatest fear was that they would find us and make of us a sacrifice beneath a full moon. Now you, Thomas, must help us destroy the circle of evil.

The last words of a dying woman would change the life of young Thomas. Raised behind monastery walls, he knows nothing of his mysterious past or imminent destiny. But now, in the heart of medieval England, a darkness threatens to strangle truth. An ancient order tightens their ghostly grip on power, creating fear and exiling those who would oppose them. Thomas is determined fulfill his calling and bring light into the mysterious world of the Druids and leaves the monastery on an important quest.

Thomas quickly finds himself in unfamiliar territory, as he must put his faith in unusual companions—a cryptic knight, a child thief, and the beautiful, silent woman whom may not be all she seems.  From the solitary life of an orphan, Thomas now finds himself tangled in the roots of both comradery and suspicion.

Can he trust those who would join his battle…or will his fears force him to go on alone?

The day Michael Morrison died was the day his life began.

A sinister threat is growing in the void between realities, and Michael has been recruited to stop it. Ripped from his own violent life, he is sent rift jumping to other worlds seeking out the agents of the Dark and putting them to an end by any means necessary. The love of his life, Sara, joins him as he battles Civil War space ships, sea serpents, superpowered humans, and even his own duplicate from a parallel timeline.

But the darkness he fights is growing within him too, calling him to the same destiny as every other Michael from every other world. If he is to change his fate, he must learn to love, to forgive, to trust, and to let the man in the Stetson guide him to become the warrior of the Light he was always meant to be. 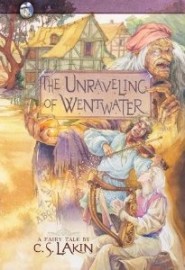 The Unraveling of Wentwater
by CS Lakin

When the simple, backward village of Wentwater begins disappearing one word at a time, no one can figure out how to stop it. Not the learned men living up in the Heights nor the superstitious leaders of the village. But those who had attended the baby naming ceremony seventeen years earlier remember the words of the marsh witch, and her pronouncement that the babe would one day cause the unraveling of Wentwater. In their fear, the villagers banish the parents and set their cottage on fire, and the babe was thought to have perished in the flames. But . . . did she?

Teralyn lives in the Heights and wants nothing more than to create beautiful music on her lap harp. When she comes down to the village for a festival, she falls in love with a villager named Fromer, much to the fury of Fromer’s brother, Justyn. Justyn’s jealousy moves him to make a deal with the witch, and when Wentwater vanishes due to a backfiring spell, it leaves Teralyn, the only person left in the kingdom, with a terrible choice. She must leave her life and forget Wentwater, or she can spend seven long years restoring everything back to the way it was, by spinning nettle into thread and stitching the world back . . . one word at a time?

Guest Post at Christian Fantasy for Women: Fruit of the Forbidden Tree