I hope you all enjoyed a lovely holiday season. As we enter the new year, there are a few new Christian fantasy releases I’d like to share, including what sounds like a fun steampunk title. Please feel free to highlight any others you’re aware of in the comments. Happy reading! 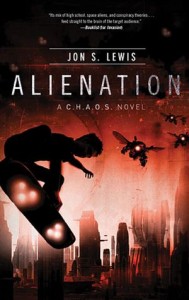 The C.H.A.O.S. series is a cyber-tech retelling of the story of David. Alienation parallels Saul’s attempts on David’s life, the tension Jonathan faces between his father and his best friend, and the joining of the Mighty Men.

In this sequel to Invasion, Colt McAllister finds himself training at the secret Central Headquarters Against the Occult and Supernatural academy with his best friends Oz and Danielle. Strange accidents seem to be following Colt, even with the security of the academy, and what seems to be random soon turns deadly . . . is someone targeting Colt? When the new recruits are forced to join the fight, Colt learns startling revelations about himself, his friendship with Oz, and why he was chosen to defeat the aliens attacking earth. 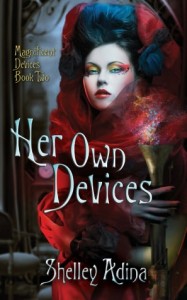 Her Own Devices
By Shelley Adina

If you like steampunk stories by Cherie Priest and Gail Carriger, you’ll love Her Own Devices, the sequel to Shelley Adina’s bestselling Lady of Devices.

Seventeen-year-old Lady Claire Trevelyan, left alone after the Arabian Bubble financial disaster claims home and family, now leads the cleverest gang in the London underworld. Between outwitting a rival gang, inventing a device that will net her and her scientist employer worldwide fame, and keeping her mother from marrying her off, she can almost forget that a powerful lord wants to get closer…and if he succeeds, can destroy it all with a single word…

Which Fairy Tale Is Your Favorite?