It felt so strange to type 2011–the new year has arrived, ready or not! And it brings many things, not least of which are a new crop of Christian fantasy and speculative fiction novels.

Book of Days
by James Rubart

Young Cameron Vaux’s mind is slipping. Memories of his wife, killed two years earlier in a car accident, are vanishing just as his dad predicted they would. Memories he knows he has to remember.

His father tells Cameron that to save his mind he must find “the book with all days in it”—the past and future record of every soul on earth.

When an obscure clue leads Cameron to a small central Oregon town, he meets enigmatic Taylor Stone, a possible guide to finding the book who seems to carry secrets far deeper than anyone imagines. Local hotshot TV personality Ann Bannister thinks the legend of the book is a farce, but she has her reasons to join Cameron’s search anyway. Finally, there is fanatical New Age guru Jason Judah, who will stop at nothing to find the book of days before Cameron does.

Hunter Brown and the Eye of the Ends 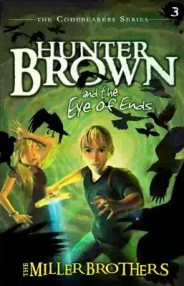 by the Miller Brothers

In Hunter Brown and the Eye of Ends, the heart-pounding conclusion of Hunter’s previous adventures begins with an even bigger surprise—his memory is gone. With no knowledge of his last visit to Solandria, Hunter must fight to piece together the growing puzzle of his past under the constant surveillance of an intimidating detective, who isn’t all that he seems. But what begins as a harmless search for memories quickly leads him into a deadly hunt for his missing father and a lost relic, the Eye of Ends, said to predict the end of the Author’s story. Some believe the Eye of Ends holds the key to the future, but will the Eye lead Hunter to life or to death? Will Hunter succeed in finding his father, or will the mysterious Watcher erase everything Hunter has fought for and everyone he loves before the final page is turned? 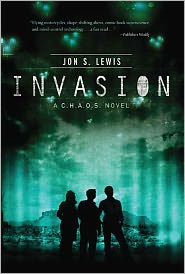 Colt McAllister is drawn into a war against things he thought only existed in comic books.

After a car wreck takes the lives of his parents, Colt moves to Arizona to stay with his grandfather. There, an informant tells him that his parents were actually murdered because his mom, a journalist, was getting ready to write a story exposing Trident Industries.

Along with Oz and Danielle, his new comrades at Chandler High, Colt vows to uncover the truth. But the more they learn, the more bizarre reality becomes. Mind control, jet packs, and flying motorcycles only scratch the surface of what they discover.

Colt is recruited by a secret organization called the Central Headquarters Against the Occult and Supernatural. But the battle isn’t just against an out-of-control giant corporation. A gateway to another world is opening, and the invasion has already begun. 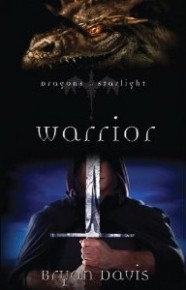 In book two of the Dragons of Starlight series by bestselling author Bryan Davis, the quest to rescue the slaves on the dragon planet of Starlight continues, as those from the human planet of Major Four attempt to overcome the dragon prophecy surrounding the black egg, while those on the dragon planet of Starlight work to fullfill what the prophecy foretold. As Jason and Koren, the Starlighter, arrive at the Northlands in Starlight, they continue to look for the one person who can help them free the human slaves. At the same time, Elyssa and a slave named Wallace try to free the slaves using brute force, and work to convince the other slaves freedom is possible. On Major Four, Randall and Tybalt encounter difficulties of their own, as the dragon Magnar arrives and begins to influence the new governor. Above it all, the dragon prince has hatched, raising the stakes for humans and dragons alike.

Ela Roeh of Parne doesn’t understand why her Creator, the Infinite, has asked her to become His prophet. Ela is certain she’s too awkward, too bad-tempered, and at age seventeen, she’s much too young. Furthermore, she’s a girl. And no prophet has ever been a girl. Most troubling of all, Ela knows that if she becomes the Infinite’s prophet, she will die young.

But she cannot imagine living without Him.

Marcher Lord Press has acquired Sharon Hinck’s Restorer Trilogy. It will be re-released with bonus content and a possible fourth book. If you missed this series the first time around, be sure to get copies of the re-release. For more information, drop by Sharon’s blog. In addition, Marcher Lord just acquired the rights to republish the science fiction novel Oxygen (a Christy Award winner) and its sequel, The Fifth Man, by Randy Ingermanson and John Olson.

In other news, Adam Palmer, working with Marcher Lord Press will be writing a novel via Twitter, to be published in book form once completed. Truth be told, I’m not too intrigued by a novel written in this format, but it could be an interesting experiment. What do you think?

Do you know of any Christian speculative fiction news–contests, noteworthy events, new releases? If so, I invite you to share in the comments.

Thoughts on The Voyage of the Dawn Treader