Though they say never to judge a book by its cover, I’m intrigued by the design of I Am Ocilla, and the hint of conflict promised by the dragon reflected in the eye of a woman. Based on the description, it sounds like an epic fantasy adventure, and I’m looking forward to reading it. And if you like books that fall closer to the science fiction end of the speculative spectrum, you may want to take a look at The Radiance.

You’re also welcome to share about any other Christian speculative fiction novels releasing this month in the comments, if you want. 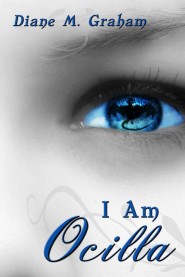 I Am Ocilla
by Diane M. Graham

Five hundred years ago, five kingdoms were cursed by a dark stranger when he failed in his plot to overtake the world. He vanished, slipping through a rip in time leaving behind devastation that separated the five kingdoms. Rumors spread of his return and a desperate search for the Chosen One begins. For only the Chosen One can fulfill the prophecy and free the world from the evil one’s grasp.

How important is a name? For Ocilla, it’s all she knows of her life. Trapped in a dungeon, she remembers nothing else, and in her darkest hour she believes dying is so much easier than the fight to live. But destiny will soon change everything when the search for the Chosen One brings two strangers to her cell door.

Travel with Ocilla on a fantastical journey to find herself and her true value, as she enters a world where darkness has descended but the bright light of hope shines through for those willing to believe…a world where nothing is quite what you think it is and fantasy is truly reality. In the process, she may find a love so pure and good, she can’t believe she is deserving of such a gift.

Set out on a quest of faith, not common sense. 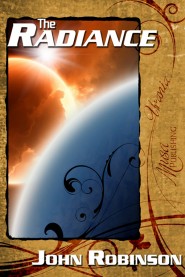 The Radiance
by John Robinson

Former Army Ranger Travis Walker discovers hope for his shattered life coming from an unexpected source. A force of mysterious origin, dubbed the Radiance, is causing worldwide intelligence, both human and animal, to advance at a horrifying rate. Worse, no one knows when the effect will stop…or if it can be stopped.

A crack team of scientists and military leaders–and headed by Travis’s wealthy industrialist brother Cale–is hastily assembled to combat the phenomenon. Against his better judgment Travis is drafted into this group to give his “everyman” take on things. There he finds himself running on an inside track, battling not only worldwide hopelessness, terrorism, and greed, but his own dark and cynical passions as well.

And it is here, in this strange new battlefield at the brink of Armageddon, the wounded warrior finds his hard-won skills being called upon, one last time.

Tale as Old as Time: The Art and Making of Beauty and the Beast