We’re still in the middle of the bleak winter days–lots of snow and ice and dreary gray skies. It’s the perfect time to choose a book, curl up by the fire, and read! 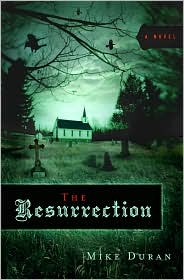 The Resurrection
by Mike Duran

When Ruby Case, an unassuming crippled woman, inexplicably raises a boy from the dead, she creates uproar in the quiet coastal town of Stonetree. Some brand her a witch, others a miracle worker. Yet Reverend Ian Clark could care less. Dogged by demons and immersed in self-pity, Clark is being unwittingly drawn into a secret religious order–one that threatens his very life. But he’s about to get a wake-up call.

Together, Ruby and Reverend Clark are thrust into a search for answers… and a collision with unspeakable darkness. For behind the quaint tourist shops and artist colonies lies a history of deceit. And a presence more malignant than anything they can imagine. Yet a battle is brewing, the resurrection is the first volley, and the unlikely duo are the only ones who can save them. But can they overcome their own brokenness in time to stop the evil, or will they be its next victim? 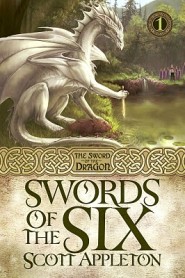 Swords of the Six
by Scott Appleton

Betrayed in ancient times by his choice warriors, the dragon prophet sets a plan in motion to bring the traitors to justice.

One thousand years later, he hatches human daughters from eggs and arms them with the traitors’ swords. Either the traitors will repent, or justice will be served. 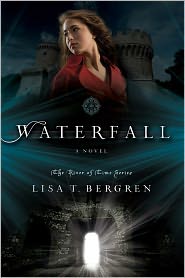 Most American teenagers want a vacation in Italy, but the Bentarrini sisters have spent every summer of their lives with their parents, famed Etruscan scholars, among the romantic hills. Stuck among the rubble of medieval castles in rural Tuscany on yet another hot, dusty archeological site, Gabi and Lia are bored out of their minds… until Gabi places her hand atop a handprint in an ancient tomb and finds herself in fourteenth-century Italy. And worse yet, in the middle of a fierce battle between knights of two opposing forces.

And thus does she come to be rescued by the knight-prince Marcello Falassi, who takes her back to his father’s castle—a castle Gabi has seen in ruins in another life. Suddenly Gabi’s summer in Italy is much, much more interesting. But what do you do when your knight in shining armor lives, literally, in a different world?

If you enjoy audio books, you’ll want to check out the newly-completed audio version of On The Edge of the Dark Sea of Darkness. I’m not one to listen to audio books usually, but this narrator has a rich British voice that suits the novel well and makes me think I could listen to this one and still enjoy it. You can order, or listen to a sample, here.

Do you know of any Christian speculative fiction news–contests, noteworthy events, new or upcoming releases? Do any of these books appeal to you? Feel free to discuss!

Paranormal Romance: A Danger or An Opportunity?

What Are You Reading?