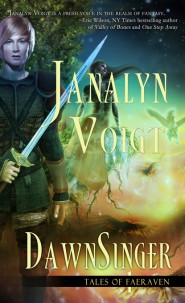 The High Queen is dying… At the royal summons, Shae mounts a wingabeast and soars through the air to the high hold of Faeraven, where all is not as it seems. Visions warn her of danger, and a dark soul touches hers in the night. When she encounters an attractive but disturbing musician, her wayward heart awakens. But then there is Kai, a guardian of Faeraven and of Shae. Secrets bind him to her, and her safety lies at the center of every decision he makes. On a desperate journey fraught with peril and the unknown, they battle warlike garns, waevens, ferocious raptors, and the wraiths of their own regrets. Yet, they must endure the campaign long enough to release the DawnKing–and the salvation he offers-into a divided land. To prevail, each must learn that sometimes victory comes only through surrender. 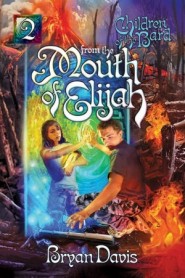 From the Mouth of Elijah
by Bryan Davis

In Song of the Ovulum, a fiery battle between dragons and the military helped Matt and Lauren set their father, Billy Bannister, free from a demonic captor. The demon, however, escaped and kidnapped their mother, Bonnie. During the battle, a portal vortex flung Matt into oblivion, and no one knew where he went.

Now, in From the Mouth of Elijah, Lauren and Billy set out on a journey to find Bonnie, hoping Lauren’s gifted hearing can track down Bonnie’s never-ending song. At the same time, Walter and Ashley search for clues to cure a mysterious disease that threatens to kill the original anthrozils, including Jared, who was once the great Clefspeare.

Both journeys are fraught with peril as Lauren and Matt are thrust into Second Eden, where a volcano, Mount Elijah, has erupted and devastated the land, killing many of the residents. Matt uses his gifts of healing to save some of the victims, and when he finds Bonnie, he engages in another life-or-death battle with Tamiel’s forces in an attempt to free her.

In the meantime, Lauren learns that she is the only person who believes the cure to be possible, so she begins a search for it. Along the way, she gains an unusual companion who prepares her for a heart-wrenching decision. Her choice is simple: Sacrifice her own life or let the anthrozils die. 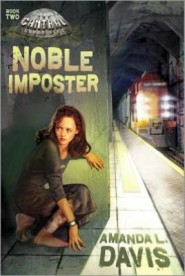 With microchips implanted in their skulls at birth, the slaves of Cantral and Cillineese have labored under the tyrannical rule of the nobles and their computers for decades. Monica, a noble who avoided the implanting and escaped a death sentence at the age of four, is now sixteen. She has risked life and limb to free the inhabitants of Cillineese, but the computers still rule the rest of the world.

Now she must journey to Cantral and take the identity of her dying cousin, Amelia, to infiltrate the Nobles’ world in the guise of a teenager who is a master computer programmer. Because of her childhood living among the slaves of Cantral, Monica knows little about programming and must improvise to stay alive.

The fate of millions rides on Monica’s shoulders. As the only chip-less person in the world, she must convince the Council of Eight of her innocence, destroy the computers, and free the world from the nobles before they discover her ruse.

A bit of news:

Perhaps of interest to Christian fantasy writers, Bethany House has contracted a new fantasy series, The Sword and the Staff, by Patrick W. Carr. Granted, this is a small step, but I consider it part of a promising trend. Bethany House already publishes authors Anne Elisabeth Stengl, Karen Hancock, and R.J. Larson, and most of them came on board in the last year or two, which makes me think fantasy has begun to do well for them.

For readers of Christian fantasy, Jill Williamson is offering a giveaway of The Orphan King by Sigmund Brouwer. She’s offering this giveaway in conjunction with an interview with Brouwer. Last Monday, while discussing fantasy novels that have been revised and re-released, I mentioned the confusion regarding Brouwer’s Wings of Light and Merlin’s Immortals series. His interview sheds some light on the situation (though he says nothing about the relationship between these novels and Magnus).

The Enduring Legacy of C.S. Lewis: A Life of Integrity