From short stories of elves and aliens to novels of dragons and alternate worlds, August has some intriguing titles. If you’re looking for a break from the summer heat, sip some iced tea and pick up one of these books. As always, you’re free to share of any news or new releases you’re aware of (including your own). 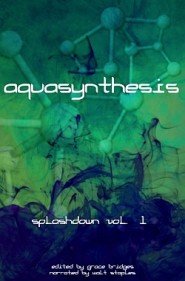 aqua (n) – water, used in compound names, or substances in water.
synthesis (n) – The combining of elements into a unified entity.
aquasynthesis (n) – a combining of worlds within a pool of water; an anthology of short stories from Splashdown authors.

Gizile follows her mysterious teacher, Tok, as they look into the ice of an ocean pool to contemplate a series of strange and mystical visions: astonishing tales of technology and transcendence, aliens and elves, space and time, dragons and demons, prophecies and scriptures, humor and horror, the gifted and the enslaved, virtual and supernatural reality, insanity and inspiration.

Dive into the creations of the Splashdown wordsmiths.  Visit the edges of story worlds you love already, and taste their delights if you are new to Splashdown’s universe.

As a Starlighter, Koren knows her destiny is to save her fellow human slaves from the dragons’ bondage—but by following the orders of the smooth-talking dragon king, Taushin, has she in fact doomed her people and herself? As Koren struggles over her choices, Elyssa discovers a new aspect to her Diviner gifts when her pendant begins to unlock mysteries surrounding the stardrops from the Exodus star. Soon Elyssa, along with Jason and his father, also discover new truths behind the dragons’ prophecy and learn that Randall has teamed with Magnar and Arxad to wage battle against Taushin’s followers. With a major war imminent and talk of a new Starlighter in the air, confusion and uncertainty reign—something Taushin might have planned for all along. 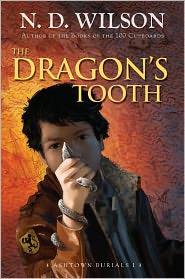 The Dragon’s Tooth
by ND Wilson

For two years, Cyrus and Antigone Smith have run a sagging roadside motel with their older brother, Daniel. Nothing ever seems to happen. Then a strange old man with bone tattoos arrives, demanding a specific room.

Less than 24 hours later, the old man is dead. The motel has burned, and Daniel is missing. And Cyrus and Antigone are kneeling in a crowded hall, swearing an oath to an order of explorers who have long served as caretakers of the world’s secrets, keepers of powerful relics from lost civilizations, and jailers to unkillable criminals who have terrorized the world for millennia.

Risen Fiction is currently holding a contest in which the public gets to play a role in determining which book gets published. If you’d like to get involved the book selection process, go browse the science fiction/fantasy entries and cast your vote.

What do you think about publisher contests? Do they make you more likely to read the winning book once it releases?

The Responsibility of the Storyteller