For your consideration, I offer a few recent and upcoming releases of Christian speculative fiction* titles (both published in the Christian market and the general market) alongside a few news items. By no means do I present a comprehensive list, but I hope you find something here that appeals to your reading palate. 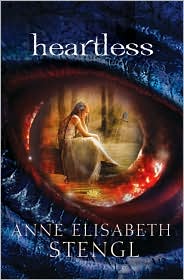 Princess Una of Parumvir has come of age and will soon be married. She dreams of a handsome and charming prince, but when the first suitor arrives, she finds him stodgy and boring. Prince Aethelbald from the mysterious land of Farthestshore has traveled far to prove his love–and also to bring hushed warnings of danger. A dragon is rumored to be approaching Parumvir.

Una, smitten instead with a more dashing prince, refuses Aethelbald’s offer–and ignores his warnings. Soon the Dragon King himself is in Parumvir, and Una, in giving her heart away unwisely, finds herself in grave danger. Only those courageous enough to risk everything have a hope of fighting off this advancing evil. 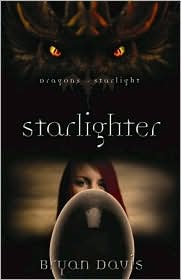 Dragons are enslaving humankind and a black egg signals the end of the world. Jason Masters must journey to another realm and join forces with a slave girl named Koren to rescue the captives and save two worlds from destruction. What if the legends are true? Jason Masters doubted the myths: people taken through a portal to another realm and enslaved by dragons. But when his brother is taken, he must uncover the truth and find the portal before it’s too late. Once he’s through the portal, he meets Koren, a slave in the dragons’ realm, who struggles to destroy a black egg prophesied to doom all mankind. Jason and Koren must work together to save their two worlds before the dragons learn that their secrets have been discovered. In Starlighter, bestselling author Bryan Davis masterfully weaves fantasy and inspiration into a captivating novel for young adults. 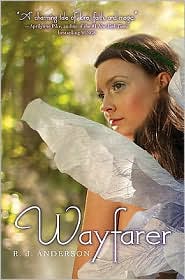 In a time of deadly crisis, Linden alone has the power to save her people.

The faeries of the Oak are in danger of extinction, and their only hope for survival rests in fifteen-year-old Linden. Armed with the last of her people’s magic, she travels bravely into the modern human world. Along the way she makes a reluctant ally—a human boy named Timothy.

Soon Linden and Timothy discover a danger much worse than the Oakenfolk’s loss of magic: a potent evil that threatens to enslave faeries and humans alike. In a fevered, desperate chase across the country, Tim and Linden must risk their lives to seek an ancient power before it’s too late to save everyone they love. 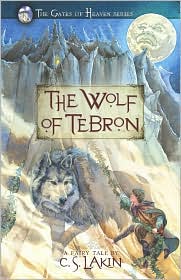 All Joran wanted was to live a peaceful life in his forested village of Tebron. But when his wife, Charris, is captured by the Moon in a whisk of magic, he must go on a grueling journey to the four corners of the world to rescue her. On his way, he befriends a wolf named Ruyah who becomes a trusted companion while he solves riddles and eventually battles the Moon to save his wife.

The Charlatan’s Boy
By: Jonathan Rodgers

As far back as he can remember, the orphan Grady has tramped from village to village in the company of a huckster named Floyd. With his adolescent accomplice, Floyd perpetrates a variety of hoaxes and flimflams on the good citizens of the Corenwald frontier, such as the Ugliest Boy in the World act. It’s a hard way to make a living, made harder by the memory of fatter times when audiences thronged to see young Grady perform as “The Wild Man of the Feechiefen Swamp.” But what can they do? Nobody believes in feechies anymore. When Floyd stages an elaborate plot to revive Corenwalders’ belief in the mythical swamp-dwellers known as the feechiefolk, he overshoots the mark. Floyd’s Great Feechie Scare becomes widespread panic. Eager audiences become angry mobs, and in the ensuing chaos, the Charlatan’s Boy discovers the truth that has evaded him all his life-and will change his path forever. 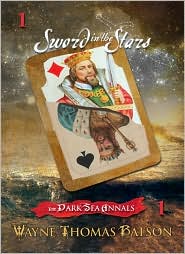 Sword in the Stars
By: Wayne Thomas Batson

Haunted by memories of a violent past, Alastair Coldhollow wagers his life on the hope that a sword will appear in the stars and the foretold Halfainin, the Pathwalker, would come. Meanwhile, tensions simmer between Anglinore and the murderous Gorrack Nation, threatening war on a cataclysmic scale. The fate of all could rest on an abandoned child and the decisions of those who desperately seek to identify him. Sword in the Stars is the first release in The Dark Sea Annals series.

Note: It looks like this release date may have been moved to September 1.

Sneak peak at some upcoming titles:

Lisa Tawn Bergren has an upcoming YA time travel series entitled River of Time which will release in early 2011. She shares more details about the series on her site.

DM Cornish’s Factotum, the third book in the Monster Blood Tattoo series, will release in November 2010. Check out the details at the author’s blog, as well as his post about the new titles and covers for the US edition of the series.

If you know of other Christian speculative fiction titles recently released, please share in the comments. Happy reading!

*Consider this a shorthand reference meaning speculative fiction written by a Christian and reflecting Christian themes, either overtly or subtly.

For Want of Wonder