April brings an interesting batch of books from all over the speculative map–superhero tales, science fiction, epic fantasy, and more. Several of these are on my TBR list, and I’ve already read Moonblood (thanks to early delivery from Amazon pre-order), which I can heartily recommend to anyone who likes fairy-tale style fantasy.

Do any of these interest you? 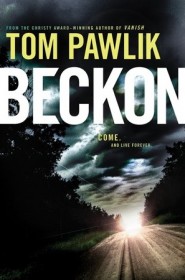 Some things weren’t meant to be discovered. But once they’re unleashed, there’s no turning back.

Beneath the town of Beckon, a terror hides, lurking in the darkness. Waiting.

Three people are drawn to the small Wyoming town for very different reasons. Anthropologist Jack Kendrick comes looking for clues to his father’s disappearance. Police officer Elina Gutierrez arrives in the near-deserted town on the trail of her missing cousin. And George Wilcox is lured by the promise of a cure for his wife’s illness.

All are looking for answers. But as they draw closer to discovering the town’s chilling secret, the real question becomes . . . will their quest uncover a miracle, or release an unspeakable evil? 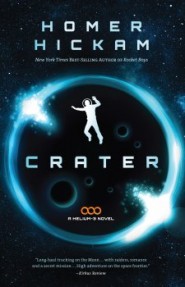 A Helium-3 miner named Crater makes a treacherous journey through space to find a mysterious and priceless treasure.

It’s the 22nd Century and a tough, pioneering people are mining the moon to produce energy for a desperate, war torn Earth.  Crater Trueblood, an orphan, loves his life in Moontown, a frontier mining settlement.  Just turned sixteen, Crater is already a seasoned Helium 3 miner, hoping someday to be a foreman on the scrapes.

But “the Colonel,” the man who owns the mine, has a different plan for Crater which includes Maria, the Colonel’s daring young granddaughter.  Crater, accompanied by Maria and his gillie–a sentient and sometimes insubordinate clump of slime mold cells–must shepherd a convoy of Helium 3 trucks across a forbidding river of dust while also looking for a mysterious, historical artifact that could mean the difference between life and death for every inhabitant on the moon. 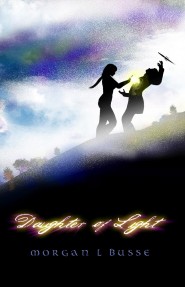 Daughter of Light
by Morgan Busse

As the Shadonae rise in the West and war threatens the North, a young woman discovers she is not human…

Banished from her village, Rowen Mar finds sanctuary in the White City using a leather glove to cover the strange mark on her hand. She lives in fear that if she touches another person, the power inside her will trigger again, a terrifying power that allows her to see the darkness inside the human heart…

But those called cannot hide forever. For the salvation of her people lies within her hand. 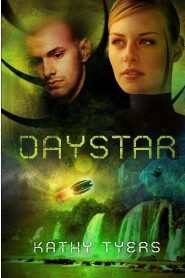 Times have changed for the telepathic Sentinels in the realm of the Federate Whorl. Persecution sends these genetically altered people fleeing to their sanctuary world, but a shipboard disaster exposes High Commander Brennen Caldwell to fatal radiation. Medical student Meris Cariole ends up stranded, an unwelcome outsider, at a sanctuary she never meant to invade.

On another world, wrongfully imprisoned Sentinel Jorah Caldwell receives a supernatural visitor. For generations, the Sentinel kindred has anticipated Boh-Dabar, the prophesied Word to Come. The visitor hails Jorah as Boh-Dabar. Can he believe the news?

Meanwhile, a mysterious stranger arrives at the sanctuary world, also claiming to be Boh-Dabar, Brennen and Firebird Caldwell, Meris, and Jorah are caught in a tangle of interstellar incidents that threaten the Sentinel kindred’s very existence.

And no one—anywhere—has anticipated the events that will shake the interstellar Federacy. 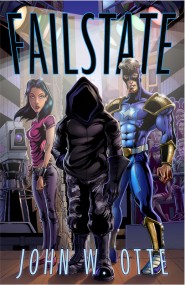 Why did Robin Laughlin (aka. Failstate) think being a superhero on a reality show would be a good idea again? Things seemed so simple: win the show, become an official, licensed hero.

But with his brother, Ben (aka. Gauntlet) stealing America’s heart and his own powers proving too unwieldy even for the monitored studio challenges, Robin begins to wonder if his calling isn’t to save the world after all — until one of his competitors is murdered.

Vowing to find the killer, Robin sets out on a very real quest to unmask the hidden villain. Can Robin find justice? Or will his lunk of a big brother ruin everything? 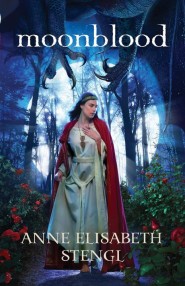 Desperate to regain the trust of his kingdom, Prince Lionheart reluctantly banishes his faithful servant and only friend, Rose Red. Now she is lost in the hidden realm of Arpiar, held captive by her evil goblin father, King Vahe.

Vowing to redeem himself, Lionheart plunges into the mysterious Goldstone Wood, seeking Rose Red. In strange other worlds, Lionheart must face a lyrical yet lethal tiger, a fallen unicorn, and a goblin horde on his quest to rescue the girl he betrayed.

With the Night of Moonblood fast approaching, when King Vahe seeks to wake the Dragon’s sleeping children, Lionheart must discover whether or not his heart contains courage before it’s too late for Rose Red…and all those he loves. 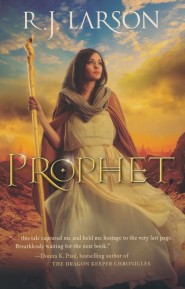 Ela Roeh of Parne doesn’t understand why her beloved Creator, the Infinite, wants her to become His prophet. She’s undignified and bad-tempered, and at age seventeen she’s much too young. In addition, no prophet of Parne has ever been a girl. Worst of all, as Parne’s elders often warn, if she agrees to become the Infinite’s prophet, Ela knows she will die young. 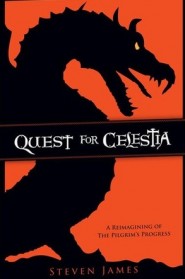 Quest for Celestia
by Steven James

After a chance encounter with a man whom 18-year-old Kadin believes is a wizard, Kadin’s life and health begin to deteriorate.

Out of desperation he embarks on an epic journey to a land no one in his village believes exists, to be healed of a disease no one thinks he has.

His quest for truth leads him to a fantastical world of witches, dragons, giants, danger, and deception.

Tracked by an evil lord and accompanied by only one friend, Kadin must face his greatest fear to find the healing he longs for most.

A stand-alone fantasy novel, Quest for Celestia is a complete re-imagining of one of the bestselling books of all time, first published more than 300 years ago—The Pilgrim’s Progress. If you think you know the story, think again. Twists lurk around every corner. The journey begins now.

Destiny awakes in the hills. 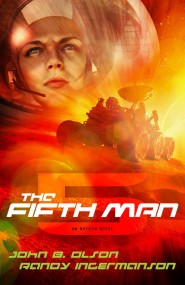 The Fifth Man: Writers’ Journey Edition
by John B. Olson and Randy Ingermanson

This bonus-rich version of the sequel to the groundbreaking Christian SF, Oxygen, follows the continuing adventures of astronauts Valkerie Jansen, Bob Kaganovski and the Ares mission crew as they struggle to survive on Mars and return alive from their history journey.

Courage and self-sacrifice have finally brought the crew of Ares 10 safely to the planet Mars. They enthusiastically begin the mission they were sent to perform. Though working under dangerous conditions and experiencing strained relationships, the astronauts are encouraged by fascinating discoveries that seem to point to the presence of microscopic life on the planet. But their work is disrupted when frightening sabotage, like that of the trip to Mars, begins again.

Is the “fifth man” alien or human? 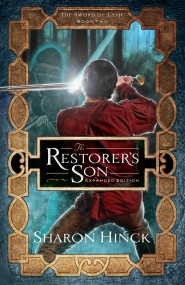 Plunged again into the gray world of Lyric and Hazor, Susan and Mark search frantically for their teenage son, Jake, as all signs hint that a trusted ally has betrayed them and threatens their son. Assassins and political intrigue, false leads, and near misses beset their path, which will lead them into the dark prisons of Hazor before the One’s purpose is revealed.

Cast out by those he trusts and preferring to cross swords with the One rather than submit to His will, Kieran flees to enemy Hazor, only to find that the One knows no borders. Pursued by his calling, Kieran journeys to Sidian, where he finds a boy without a home, a king with burning questions, and a nation torn by darkness. As he embraces the tasks the One has set before him, this new Restorer learns that the One requires his all-perhaps even his life.