April brings an epic fantasy, comedic fantasy, and science fiction from Marcher Lord Press. Do you know of any other speculative novels releasing this month? Or do you have news of your own that might interest readers of Christian fantasy and speculative fiction? Feel free to share in the comments.

he Annotated Firebird
By Kathy Tyers

In a war she doesn’t believe in, she must forge a bold new destiny.

Firebird: Lady Firebird Angelo departs her home world expecting death in space combat. Captured instead, she finds a startling destiny among an ancient telepathic family—and a new kind of battle against implacable enemies.

Fusion Fire: Firebird discovers both evil and uncontrollable power at the depths of her own spirit, and when her sister commits unspeakable treachery, she must draw on that power to save the man she loves from certain death.

Crown of Fire: Firebird returns to her home world, where some consider her a hero—but those in power have labeled her a traitor. Facing death once again, she discovers the cost of pride and the true meaning of sacrifice.

In a single volume with newly created maps and annotations, here are the first three volumes of the beloved Firebird series, freshly edited for Marcher Lord Press by bestselling author Kathy Tyers. 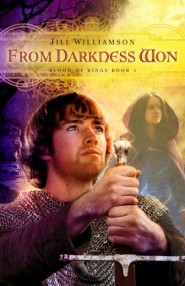 From Darkness Won
By Jill Williamson

Achan steps into his role as Crown Prince and prepares for war. But war against whom? Could Esek still be alive? Has Lord Nathak taken Esek’s place? Or is the mysterious Hadad the true enemy Achan must confront?

Vrell has her own agenda of serving Prince Oren as a healer, but when she is stormed and lost to the Veil, Achan does all he can to bring her back. His conversations with her are strange, though, as if she has no memory of who he is.

In a land consumed by Darkness, the fate of Er’Rets hangs in the balance as Achan endeavors to take the throne and end the reign of Darkness. 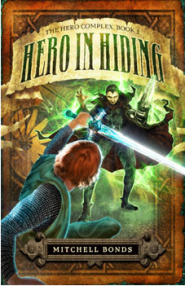 Hero in Hiding
By Mitchell Bonds

An Epic of Disastrous Proportions

Daring Heroics are back, but this time they’re on the run.

After their crushing defeat at the Vale of Dreams, the Apprentice Hero Cyrus and Kris the Katheni go into hiding as fishermen; Sir Reginald Ogleby, the Crimson Slash, embarks on a new Quest to unite the races of the world; and the Arch-Villain Voshtyr Demonkin rules the world with a literally iron fist

But Cyrus has Destiny to fulfill and far too many jokes to crack to stay hidden for long. Evil triumphed before, but can it hold onto its Ill-Gotten Gains?

Join the cast of Hero in Hiding for your next dose of Good Guys, Gryphons, Villains and their Victims, a Passel of Protagonists and their Plethora of Problems, with a few Teachable Moments along the way.

After a lengthy hiatus, Kathy Tyers, writer of a number of speculative fiction novels for the Christian and mainstream markets, has several upcoming releases besides The Annotated Firebird. Her next novel, Wind and Shadow, will release in late 2011:

Wind Haworth was just a child when her people, once known as Shuhr, were defeated as the Sentinels thwarted their plan to conquer the Whorl. Taken offworld and educated at the Sentinel College, Wind has chosen to return and work for peace.

She asks priest-in-training Kiel Caldwell for help, but Kiel has barely set foot on Wind’s desolate world when he is kidnapped by a powerful shadow entity, which thinks Kiel might be his family’s prophesied messiah. It would rather corrupt him than kill him—for the moment.

The Federacy sends a Special Operations team, including Kiel’s brother Kinnor. Kinnor would gladly deal out justice to his old enemies, the conquered Shuhr. But the Shuhr don’t have Kiel, and the Sentinel occupation force is about to be wiped out—not by their ancient enemies, but by their Federate allies—unless Kinnor can work alongside his natural enemy and connatural potential mate, Wind Haworth.

Following on its heels, Daystar will release in 2012:

For fourteen generations, the Sentinel remnant has believed that its survival rests on ancient Messianic promises. If this is the time, are they doomed?

Tallan medical student Meris Cariole is stranded on the Sentinels’ perilous sanctuary world, and a stellar catastrophe has left the respected elder Brennen Caldwell near death from radiation poisoning. Jorah Caldwell, on his first mission with his father Kinnor, gets caught up in a devious plot to convince the Federacy that he—personally!—is the long prophesied Boh-Dabar.

But is he really? There is another claimant. Shamarr Kiel Caldwell must discern who is Boh-Dabar and who is the impostor—and whether the kindred must flee into a new exile.

Of Superheros and Alien Symbiots