Beauty and the Beast: Modern Renditions (Part Three of Four)

Almost as numerous as the traditional versions of Beauty and the Beast are modern renditions in novel, short story/novella, picture book, film, and play format. They each carry their own themes and emphases, some sticking rather close to the roots of the fairy tale, others only keeping a few elements that tie them into the story. A look at some of the novel and film renditions of Beauty and the Beast will reveal the continued evolution of the tale. 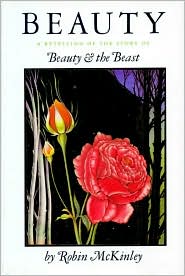 Novel length adaptations of fairy tales add an entirely new dimension to old stories. They permit an increase of depth to the story and of intimacy with the characters as well as fleshing out plot and circumstance. Beauty and the Beast has received its share of novelizations in almost every genre from fantasy to contemporary to romance, each adding a unique flavor and tone.

Perhaps one of the best known versions is Beauty by Robin McKinley. In her novel, Robin stays close to the story’s origins. She provides flesh to the bones of the tale in her characters and settings, as well as additional events that dovetail nicely with the pivotal plot points often found in traditional renditions. Her primary deviation is making her Beauty character plain, rather than physically beautiful, and a tomboy in nature, though she remains intelligent and kind-hearted. In this retelling, the characters provide fresh insight into the nature of the story and engage the reader with Beauty’s perspective and growth during the unfolding circumstances.

But countless other retellings exist, branching out from the roots to add greater variety, 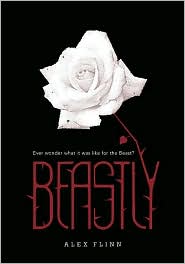 such as Donna Jo Napoli’s Beast, set in ancient Persia and steeped in Islamic themes, or Alex Flinn’s Beastly, set in modern day New York and told from the perspective of a teen turned into a Beast for his heartless behavior, or Cameron Dokey’s Belle, set in a fantasy world and featuring, like Beauty, a plain heroine overshadowed by her beautiful sisters, this one a wood-worker.

This highlights one of the more common twists in modern novel treatments of this story—making the heroine physically plain or ending the novel with Beauty turning into a beast, rather than the Beast turning into a human. I have some opinions on this, but I’d like to hear yours. Why this approach?

Once translated to film, the tale took on a new nature. Though Jean Cocteau created a black and white version of Beauty and the Beast in 1946, the most well known film version is Disney’s Beauty and the Beast. For many, this film might be what first comes to mind when hearing of the story. It provided one of my earliest exposures to the tale, and though 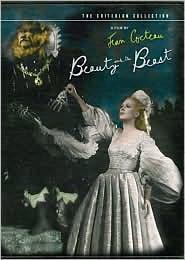 I prefer the written forms of the story to the film versions, I still enjoy the movie. It has received harsh criticism for taking liberties with the story along with accusations of changing the themes and characters of “the original” too drastically, but it’s hard for me to muster a sense of outrage when I see so much variance in early versions of the tale. Certainly, I dislike certain renditions and many of them I choose not to read or watch because I don’t want to be immersed in dark philosophies, sexual material, or similar issues, but that doesn’t mean they’ve ruined the story. Fairy tales have adapted and evolved throughout the years and will continue to do so, the many versions adding depth to the tale.

In Disney’s version, plenty of the old elements remain—Beauty’s love for books, her willing sacrifice for her father, and her departure from the Beast which leads to his near death. But much of the underlying framework has changed—her father’s imprisonment happens 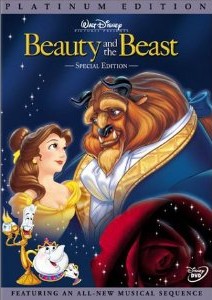 because of the Beast’s ill nature, not because he broke some interdiction, the prejudice and anger of the townspeople nearly kill the Beast, rather than him almost dying due to Beauty’s absence, and so forth. And the tone and characters underwent a significant change, partly due to adaptation with children as the target audience. Overall, external circumstances drive the conflict more than internal struggles. In fact, this shift in the nature of the conflict from Beauty and Beast forming a relational bond and working through their own internal issues to struggling against outward forces marks the greatest change brought by film versions, especially Disney’s recounting. Despite the changes brought about in these movie renditions, they still offer much to enjoy.

In these versions, both novel and film, much has been adapted, yet few would doubt the origins of the story. So what elements of a fairy tale can change yet still keep the new version recognizable as part of the same core story? How much adaptation is too much?

I’ve only begun to touch on the new life the old tale has found in modern film and literature. It has provided fodder for countless tellings and retellings, all of which add new richness and understanding to the story. It’s a growing, shifting tale and one that never grows old. Come back next week, and I’ll talk a little about why Beauty and the Beast is such a favorite of mine, and what I’ve done with the story.

Our Fate as Immortals