Previously, I highlighted some classic Christian fantasy available online for free. I just found some free Christian speculative fiction available from Amazon (even if you don’t have a Kindle, you can download their software and enjoy the books). These are limited time offers, so if you’re interested you might want to stop by soon. 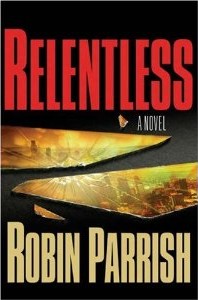 Grant Borrows’ life has just taken a drastic left turn. There’s another man in the world wearing his face and living his life. What’s more, the man he sees in the mirror is a stranger.

Somehow, he’s been Shifted — his whole life fundamentally altered, in the space of a single breath. But the changes don’t stop at skin-level. Inexplicably, he’s able to affect objects around him by simply thinking about them. And as he soon learns, he’s become the central figure in a vast web of intrigue that stretches from an underground global conspiracy to a prophecy dating back over seven thousand years, that tells of his coming. Enemies and allies find him at every turn, but one thing they all learn very quickly is that you don’t want to push Grant Borrows too far…

Can destiny be undone? 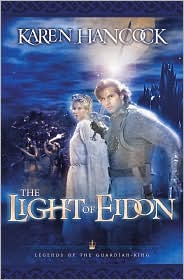 Light of Eidon
by Karen Hancock

Book 1 of Legends of the Guardian King which follows the life of Abramm Kalladorne in his turbulent search for truth and self–a search that will transform him from a sickly, head-in-the-clouds youth to a legendary hero of strength and courage.

Set in a world of swords and cloaks, of glittering palaces and mystical temples, of galley ships and ancient, mist-bound cities, his journey illustrates how God pursues and how He uses suffering to mold His children into something greater than was ever thought possible.

Trained in his youth to be a mercenary but troubled by the deeds of his past, Tahn Dorn must now choose between the commands of a master and the urgings of his own good conscience. When his latest orders instruct him to kidnap Lady Netta of the House of Trilett, Tahn realizes that following his conscience won’t be easy, especially with the lives of his young students at stake.

As Tahn’s struggle continues, neither he nor Lady Netta can foretell the series of events that will unfold and change both their lives forever. Wrestling to understand Netta’s God, Tahn is filled with doubt, and Netta herself wonders how such a man is willing to risk his life for a ragtag band of little children.

The bravery of an unlikely hero, the love of an honorable lady, and the innocence of each wayward child resonate throughout this gripping tale of courage, faith, forgiveness, and unconditional love.

Should Books Ever Be Banned?